"The Case of Couch and Meredith"

Bart
Got the book back from the printers. Thanks again for your assistance.

"The Case of Couch and Meredith" chronicles the 1938 crime spree of St. Louis desperadoes John Couch and James Otis Meredith.  They were unemployed and decided to  head out on a road trip, holding up gas stations and taverns along the way when they needed more funds.  Things got out of hand after they car-jacked several people and crossed several state lines. Their activities caught the attention of the FBI, who at he time thought these crimes were being committed by Floyd Hamilton and Huron Ted Walters who were also on the run in the Midwest and happened to be No. 1 and No. 2 on the "Most Wanted List." They made it as far south as Dallas-Forth Worth and as far north as Effie, Minnesota, within 100 miles of the Canadian border before being captured.

As part of their 1938 crime spree, John Couch and James Otis Meredith held up the Skelly station in Rich Hill, The gas station and Red Onion Cafe in Harrisonville, and car-jacked Robert Kalousek of Greenwood.
The book is $14.95 with free shipping. If any of your blog followers are interested, they can find the book at Amazon:

Posted by Bart McClaughry at 3:56 PM No comments:

Frank E. Ralston one of Rich Hill's best known and highly respected citizens died unexpectedly about 8 o'clock Sunday morning, Jan 28, 1967 in his room at the Oakes Hotel in Excelsior Springs, Mo. where he had been living the past five years. Death was apparently caused by a heart attack.

Mr. Ralston was born in Rich Hill, October 28, 1880, the son of James and Hannah Ralston. He grew to young manhood here and received his education in the Rich Hill schools. He was employed by the Beasley Mercantile company many years before his appointment in 1927 as Missouri State Oil Inspector. He  traveled  through Missouri several  years  discharging  the duties of this office.  June 6, 1904, at Rich Hill, he was united in marriage to Elisabeth Maurer, who preceded him death in 1938. During the time Mr. Ralston was employed by the State of Missouri, he and Mrs. Ralston lived at the Dixon Hotel in Kansas City, but always maintained their home in Rich Hill, and at every opportunity spent their time here.

Following  Mr. Ralston's  retirement he returned to Rich Hill and again became active in civic, social and religious  circles of the town. He was proud of his home town and for number of  years  wrote, a column for the Mining Review concerning early day activities here, and at every opportunity gave of his time and resources for every worthwhile project in the town, also helping with publicity to make the project possible.   He was  faithful member of  the Presbyterian  church. Although Mr. Ralston  had been in Excelsior Springs the past  five  years  he still claimed Rich Hill as his home. He was a member of the B.P.O.Elks and during the  time he lived here planned  that  all Elks attend  Mothers Day services at a local church. 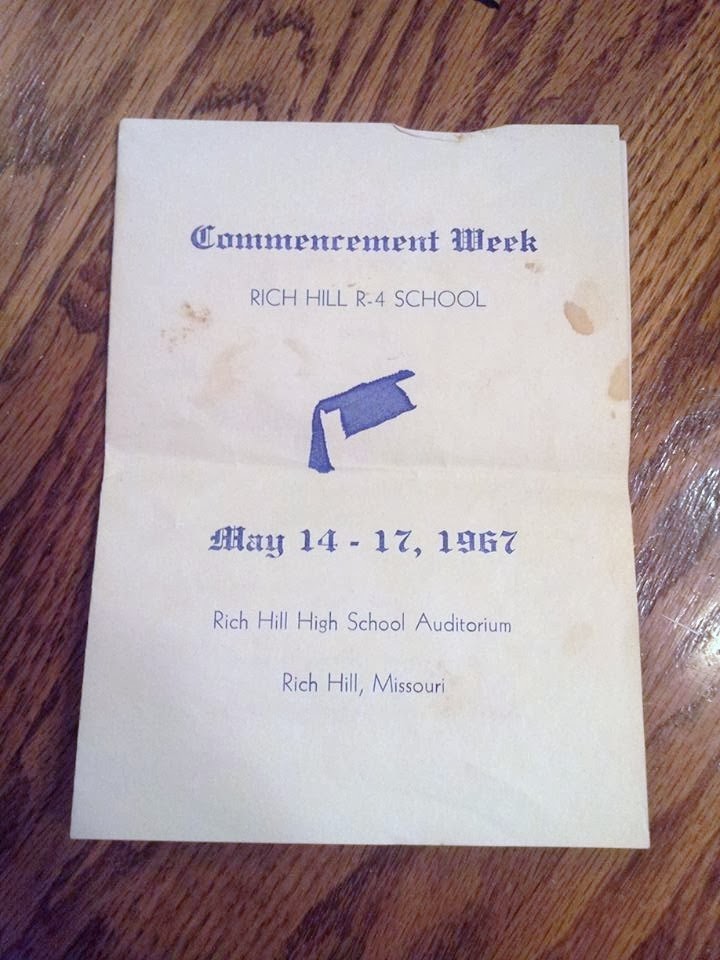 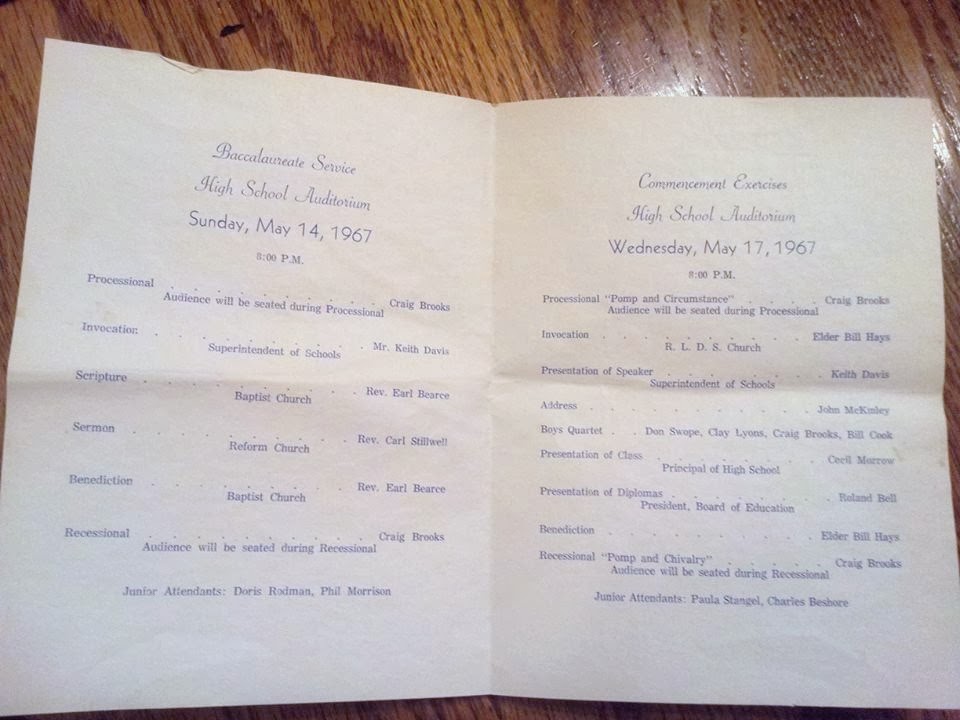 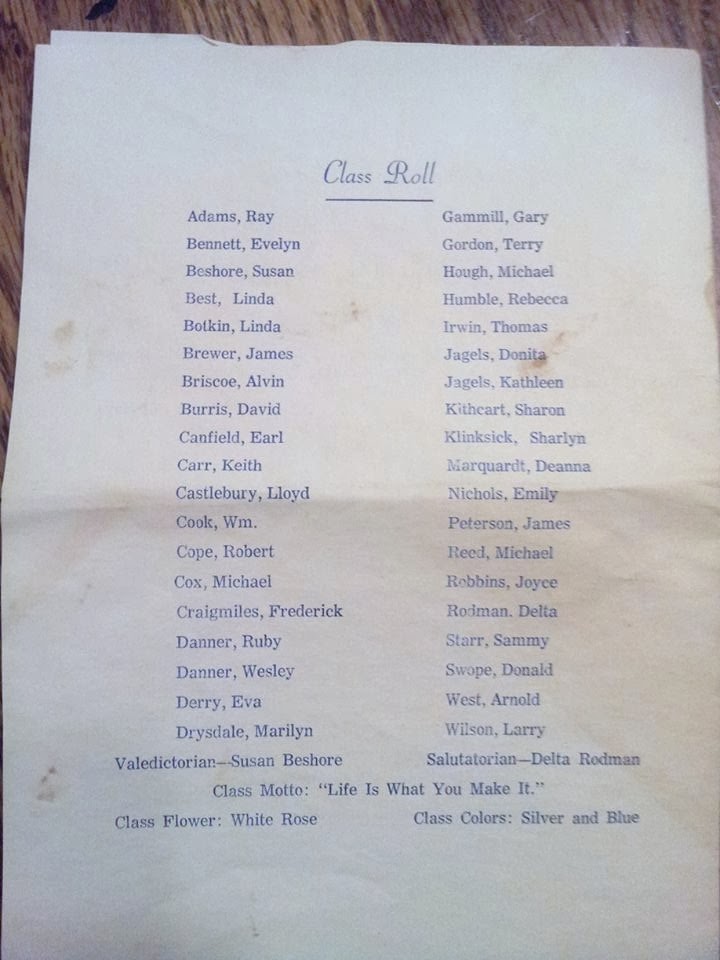 Posted by Bart McClaughry at 3:22 AM No comments: 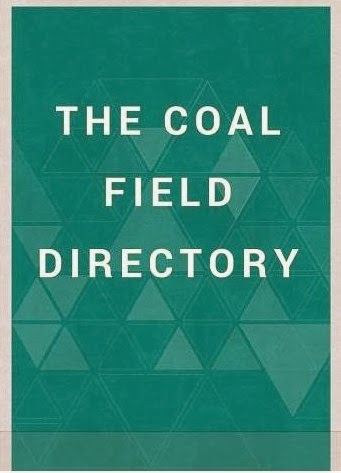 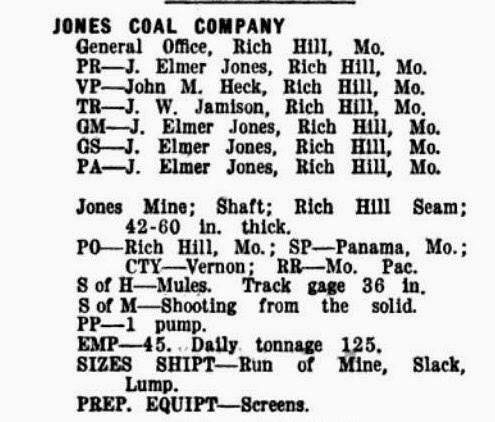 Posted by Bart McClaughry at 6:40 PM No comments:

This Memorial is at the Rich Hill Grade School Flag Pole Posted by Bart McClaughry at 9:48 PM No comments:

The Tribune and The Rich Hill Tribune

The Rich Hill Tribune began publication in 1890 as a weekly four-page paper, appearing each Thursday and covering news from Rich Hill and Bates County, Missouri . The publishers and editors were J. Claud Oldham and Robert E. Pritchard. Ownership of the paper changed in 1900 to George F. Huckeby and Perezza A. Pritchard, and the name changed to the Tribune.
Pritchard left the paper in December of 1902, and Nannie R. Huckeby joined the editorial staff. The December 18, 1902 issue states: “For her long and faithful work in the mechanical part of the office, my associate Nannie R. Huckeby joins us in the business management of the paper, and any favors shown her, will receive our entire and unqualified endorsement. “
On January 1, 1903, the paper’s name changed back to the Rich Hill Tribune, expanding to eight pages with George P. and Nannie R. Huckeby as publishers and editors.
The Rich Hill Tribune began its sixteenth volume with the September 7, 1905 issue in which the paper advertised a contest to increase readership and to collect past due notices: “We are now for the first time making an effort to extend and increase our circulation and shall be glad to have our friends help us by paying subscriptions to any one of the twenty-five young ladies who are soliciting subscriptions in our voting contest, thereby helping them to win a valuable prize while they favor us with their subscriptions. If you owe back subscriptions, hand it to them and thus give them so many votes toward getting at least one of the prizes offered. If your subscription is paid up, one dollar will extend your subscription one year and help the young lady in her effort and you will get the worth of your money in the paper.”
The details and rules of the contest took up most of page 4 of the newspaper with the heading “NOW ON-The Tribune’s Big and Popular Piano Contest”: first prize offered to the winner would be “a fine first class Straube Piano – valued at $400.” The contest ended with the announcement of the winner: “Miss Julia Dubach Gets The Handsome Piano.” The contest was a huge success, and the Tribunewas “satisfied with the result. What we expected was subscribers and we got them; and a large number of back subscriptions collected at no greater rate than it would have cost us through an adjustment agency. The Tribune is not going out of business as a result of the contest either, but has just ordered a supply of new paper.”
On June 6, 1907, after George P. Huckeby was appointed postmaster at Rich Hill, Claude A. Brown joined the Tribune as manager and editor and was there until September of that year. Although Huckeby tried to continue running the paper, on January 2, 1908, he issued his “Retiring Statement,” explaining that the “management of the Tribune changes with this issue. Finding it impossible to do justice to the paper and give the attention demanded by the post office department to the duties of the post master, we have turned the Tribune over to Mr. George B. Dowell, a young man brought up in a printing office, and well qualified both by education and practical knowledge of the business to make the paper a success.
The general policy of the paper will not be changed, politically, morally, or socially….Mr. Dowell is the son of the popular mayor of Adrian, editor of the Adrian Journal and comes to us highly spoken of by all who know him, thus leaving the paper in the hands of just such a successor as we have been looking for. We retire from the management of the Tribune with no animosities, and with good wishes for all. Huckeby and Huckeby.”
On June 24, 1909, Albert Matteson and Luther Fry assumed management of the paper. Both men had been with the Tribuneduring the eighteen months it was published by Dowell.
The Rich Hill Tribune ceased publication in early 1911.
Provided by: State Historical Society of Missouri; Columbia, MO
Posted by Bart McClaughry at 5:13 PM No comments: 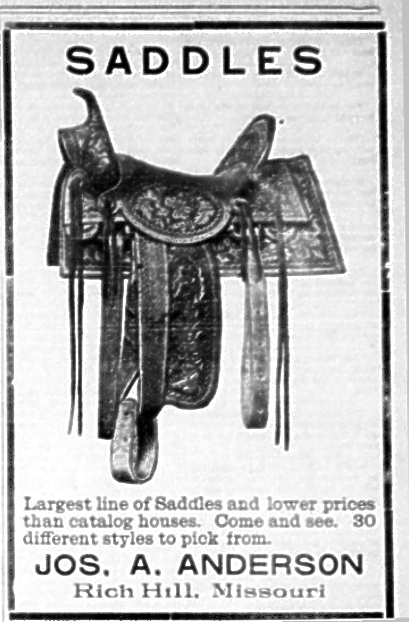 Posted by Bart McClaughry at 9:04 PM No comments: 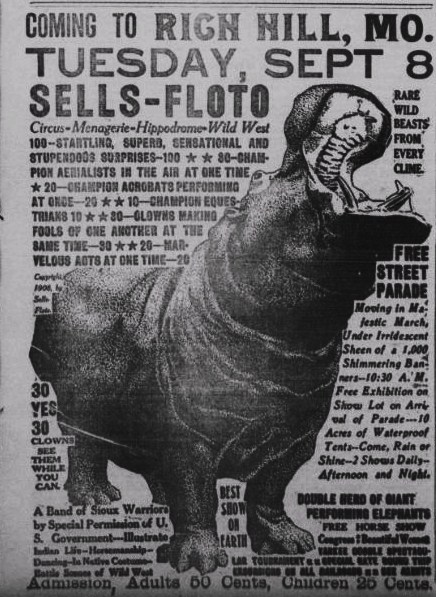 Posted by Bart McClaughry at 9:30 PM No comments: