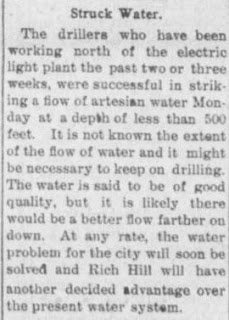 Posted by Bart McClaughry at 2:31 AM No comments: 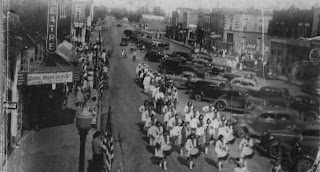 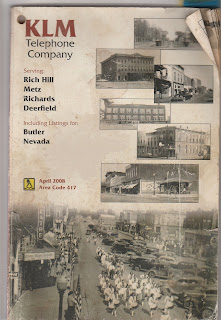 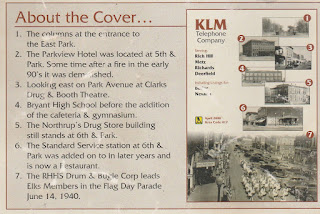 The back of the books says
Picture 1.The Columns at the Entrance to the East Park.
Picture 2. The Parkview Hotel was located at 5th & Park.Some time after a fire in the early 90's  it was demolished .
Picture 3. Looking east on Park Avenue at Clark's  Drug & Booth theatre.
Picture 4. Bryant High School before the addition of the cafeteria & gymnasium.
Picture 5.The Northup's Drug store building still stands at 6th & Park.
Picture 6. The Standard Service station at 6th & Park was add on to in later years and is now a restaurant.
Picture 7. The RHHS Drum Bugle Corp leads Elks Members in the Flag Day Parade June 14 ,1940

Posted by Bart McClaughry at 6:43 AM No comments: