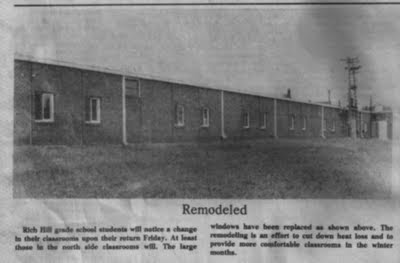 Rich Hill grade school students will notice a change in their classrooms upon their return Friday. At least those in the north side classrooms will. The large windows have been replaced as shown above. The remodeling is an effort to cut down heat loss and to provide more comfortable classrooms in the winter months.
Posted by Bart McClaughry at 4:47 AM No comments: 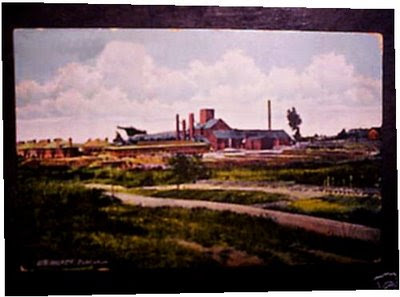 In 1890 Major Wilson formerly the senior member of the Sanderson and Wilson Hardware and Undertaking Establishment together with T.B. Farmer and Ben Evens, instated a brick Factory just outside the city limits to the north and alongside the Missouri Pacific railroad for the production of verified brick. After a few years of experimenting it was found that the soil in the immediate vicinity was not suited for the vermiform product desired. So they sold the plant to Hedges and Booth. However, Mr. Wilson had manufactured and sold many thousands of bricks, both locally and abroad. The product was used quite extensively for sidewalks.
Rich Hill City Hall was constructed of the bricks but after a few years the building had to be heavily succored to preserve and strengthen the(at the time)-two story walls. It might be well to mention that Mr. Wilson was a member of the board of aldermen at the time the building was erected.
Hedges and Booth converted the plant into a farm tile factory and finally sold to the Dickey Tile Company of Kansas City. The Dickey organization continued for a number of years but, after exhausting the clay substance on its own property, and failing in an effort to secure that on adjacent lands discontinued operations.
Posted by Bart McClaughry at 7:42 PM No comments: 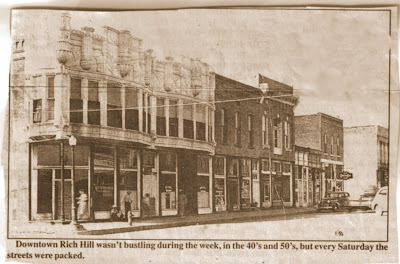 Posted by Bart McClaughry at 10:31 PM No comments: