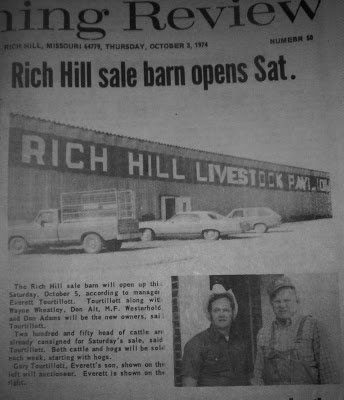 The Rich Hill Sale Barn well open this Sat.Oct 5 1974, according to manger Everett  Tourtillott along with Wayne Wheatley, Don Alt, M.F. Westerhold,and Don Adams,well be the new owners said Tourtillott.
Two hundred and fifty head of cattle are ready for consigned for Saturday's sale said Tourtilllott. Both Cattle and hogs will be sold each week starting with hogs.
Gary Tourtillott, Everett's son shown on the left will auctioneer.Everett on shown the right.
Posted by Bart McClaughry at 6:49 PM No comments:

Larry Hacker -this is the "World Record Pie Baker" ... Jara Mumma! Congratulations to YOU and your grandparents and THANKS for putting Rich Hill Missouri in the record books!!! 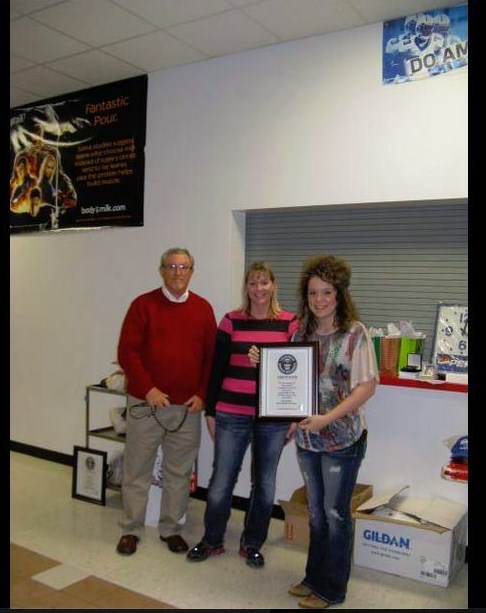 Larry Hacker Said- FINALLY ... we were able to present the "OFFICIAL Certificate" for setting a Guinness World Record to Jerry and Linda Mumma ... for "The Highest Price Paid for a Single Pie at Auction" ... $3,100.00. 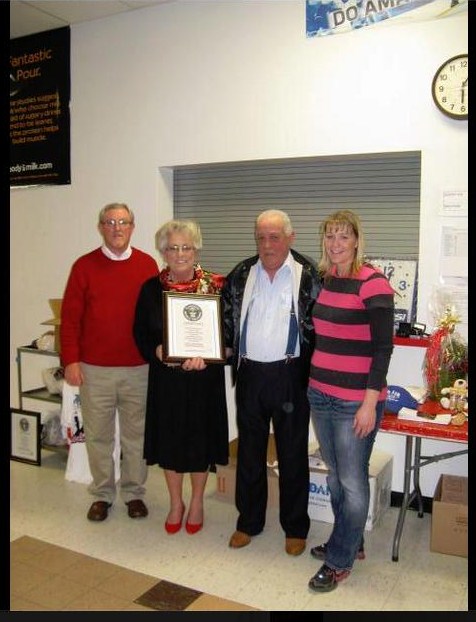 Chantelle Culver Mumma Said -My father in law and Jara were presented with their Guinness. World Record certificate tonight(12-21-2012). Now that is something you won't find just anywhere. Thank you  Larry Hacker and Natalea Hoeper and the members of the 4th of July committee

Posted by Bart McClaughry at 4:46 AM No comments: 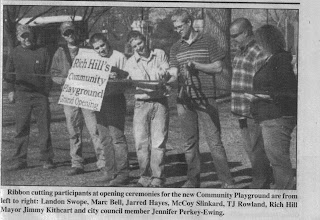 Two Rich Hill Elementary kindergarten classes were on hand for the opening of the, new playground in Circle Park, Tuesday, Dec. 4. Balloons were everywhere, the weather was warm enough to be jacket free, hot dogs and burgers were grilling as Mayor Jimmy Kithcart began the ribbon cutting ceremony.
Kithcart presented a commendation letter to Marc Bell, thanking the Rich Hill Youth Development Center for their help in making the new playground a reality. He then introduced 16-year-old McCoy Slinkard who spoke on behalf of the boy s from the youth facility.
McCoy spoke about how much fun the boys had building the playground. He also mentioned how rewarding the project was and of the satisfaction he and the others received in being part of such a worthy endeavor.
"It was a privilege, really an honor to have had this experience to give something back to the community," said the youngster. I only hope all the kids enjoy the playground as much as we enjoyed working on it."
The new playground, which was built by the RHYDC boys and staff, took two months to complete. According to Bell, as a replacement for their normally scheduled shop class, youngsters worked on preparing and.assembling me playground equipment.

"They loved working -on this project," said Bell who also mentioned how he and others at the Youth Center are always on the lookout for not-for-profit projects the youngsters can participate in.

The playground in Circle Park, which would have cost upwards to $80,000, only cost the city $55,000, because of the $5,000  donation made by the RHYDC Liaison Committee and the; $20,000 in free labor performed by the boys and staff.
Tim McNamara, a representative of AB Creative, Inc., the company that supplied the equipment was also on hand for the opening. He commented on the ideal location of the playground.
"Often, these playgrounds are built at new schools or new parks where there isn't much shade,"  said McNamara, "at some of those locations in the summer when it's hot; kids will stop playing on the equipment because it can heat up."
"But this location is ideal," said McNamara. "With all these mature trees and shade, kids are going to want to play on this playground."

Posted by Bart McClaughry at 12:20 AM No comments: 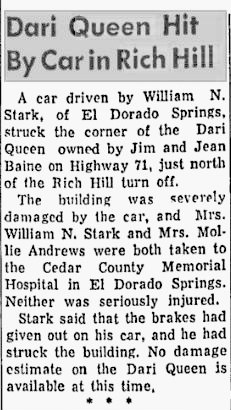 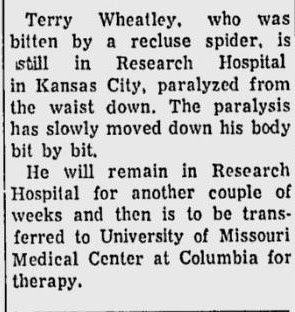 Posted by Bart McClaughry at 8:21 AM No comments: 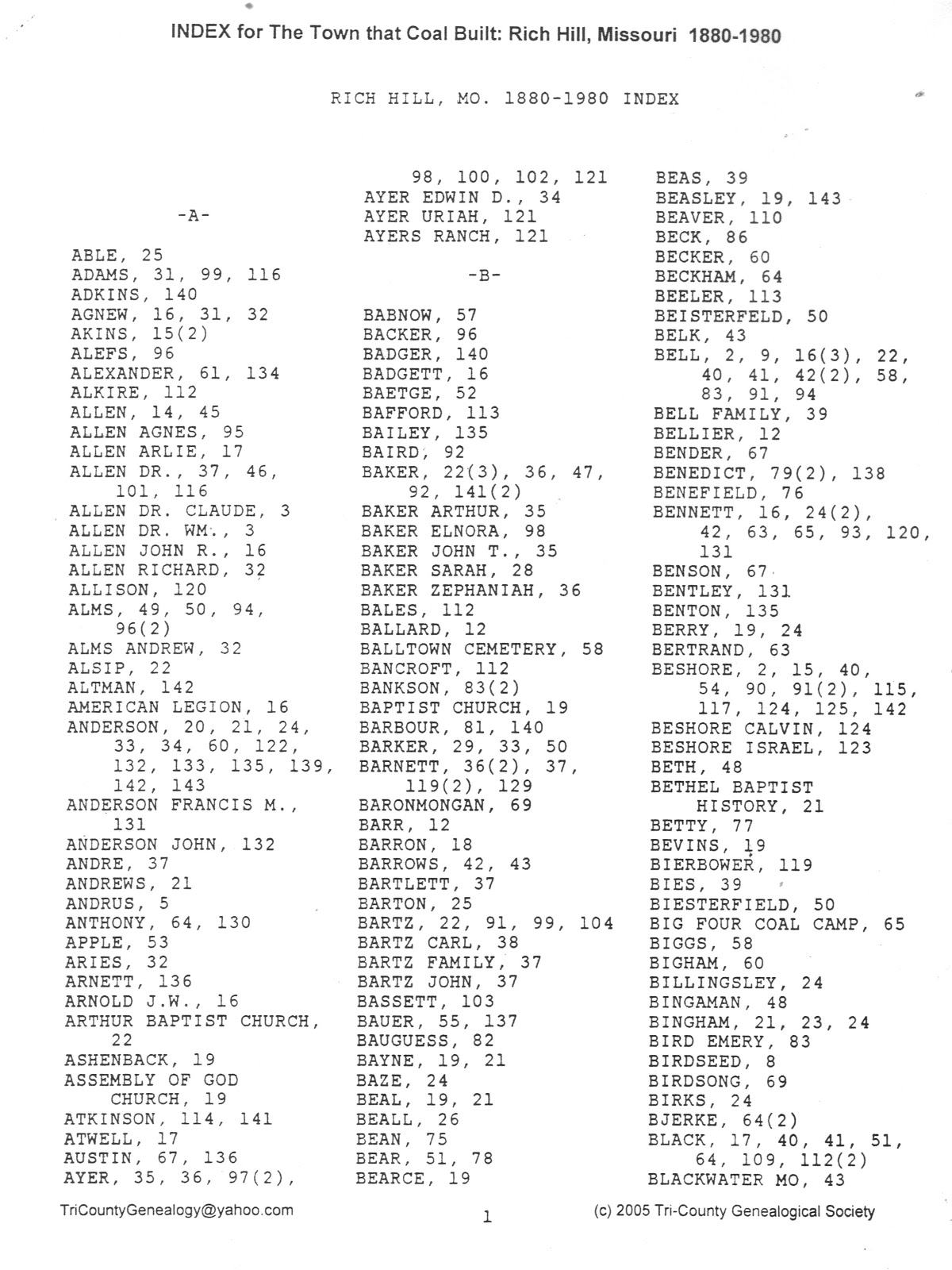 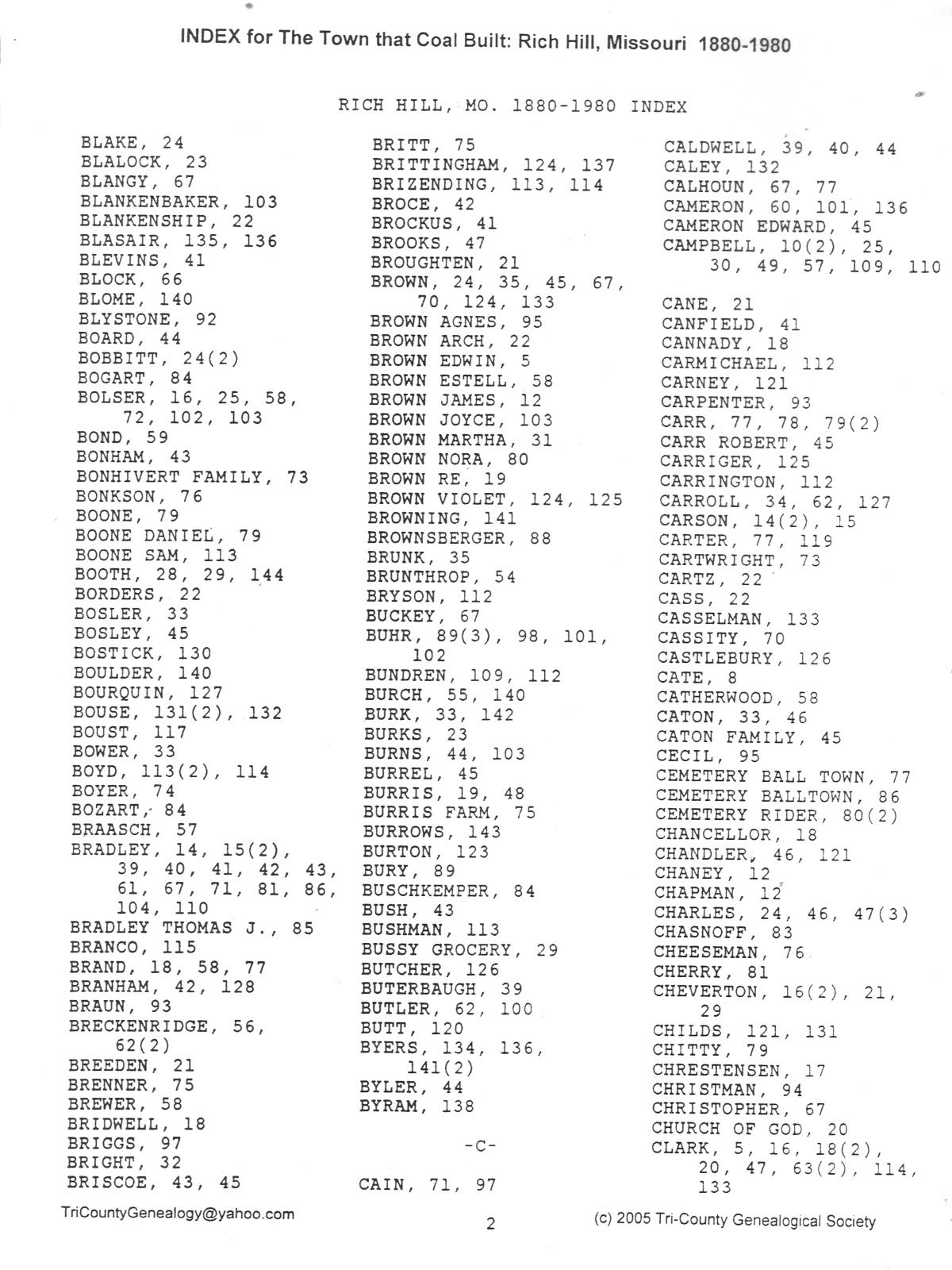 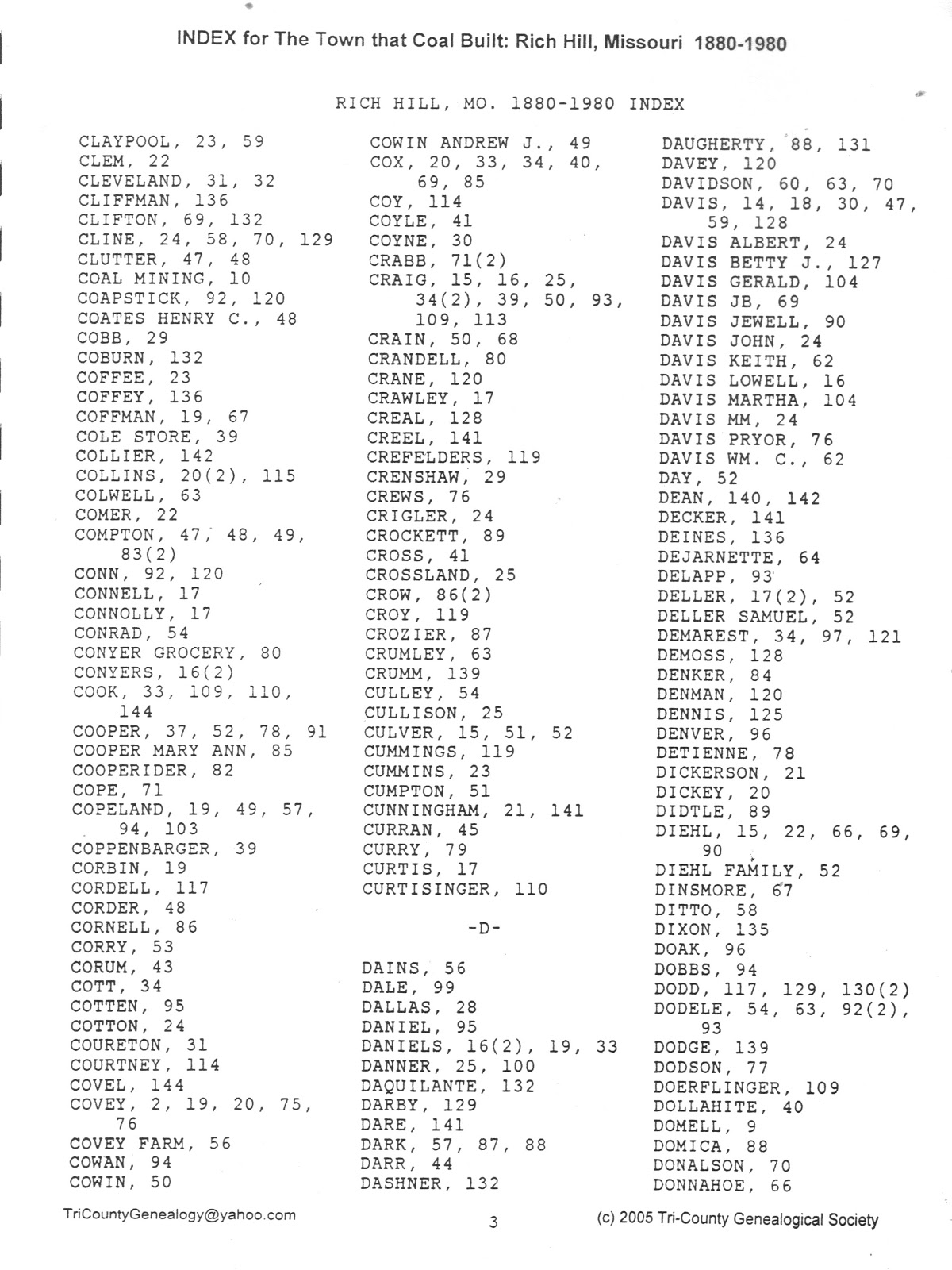 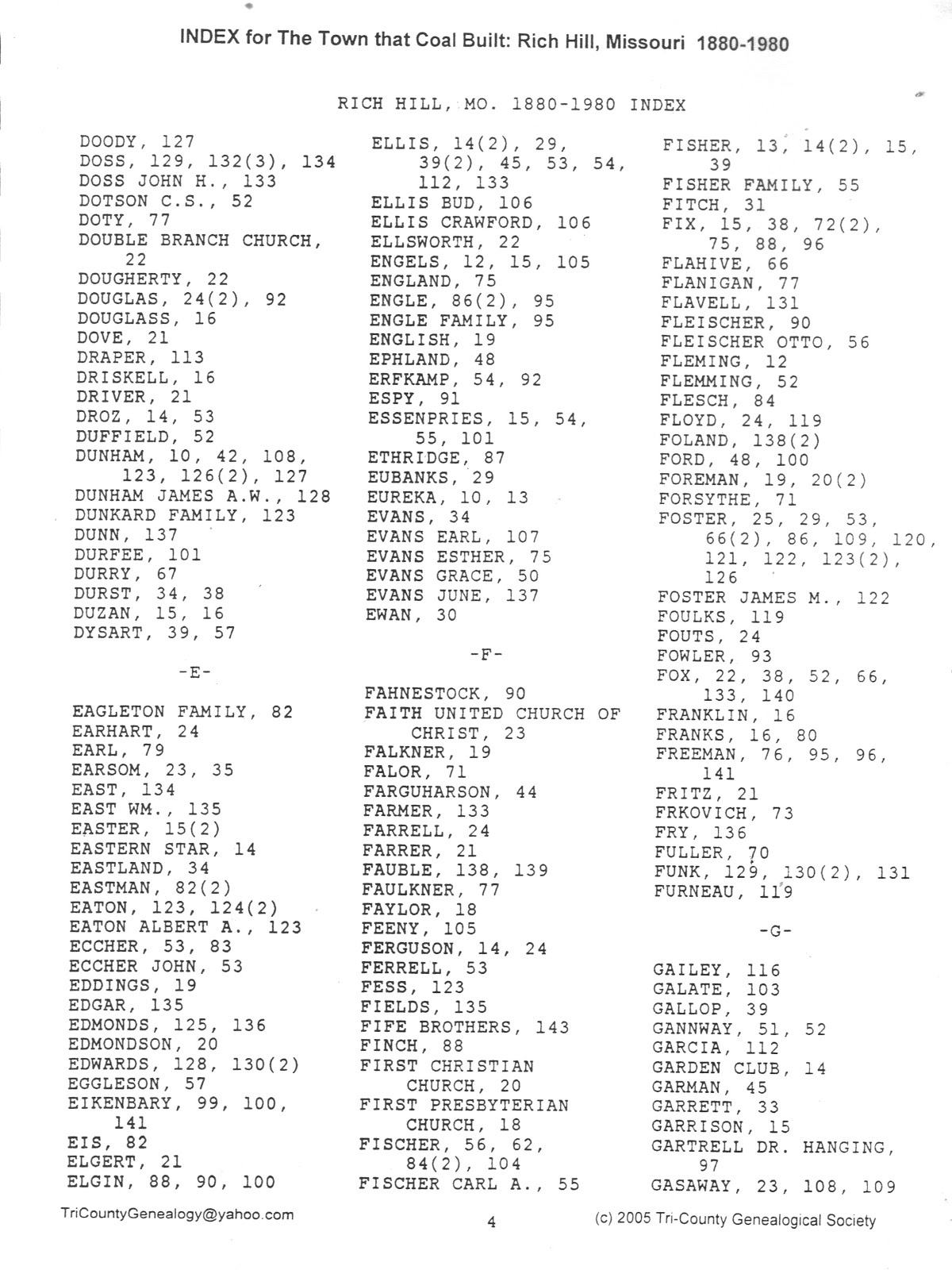 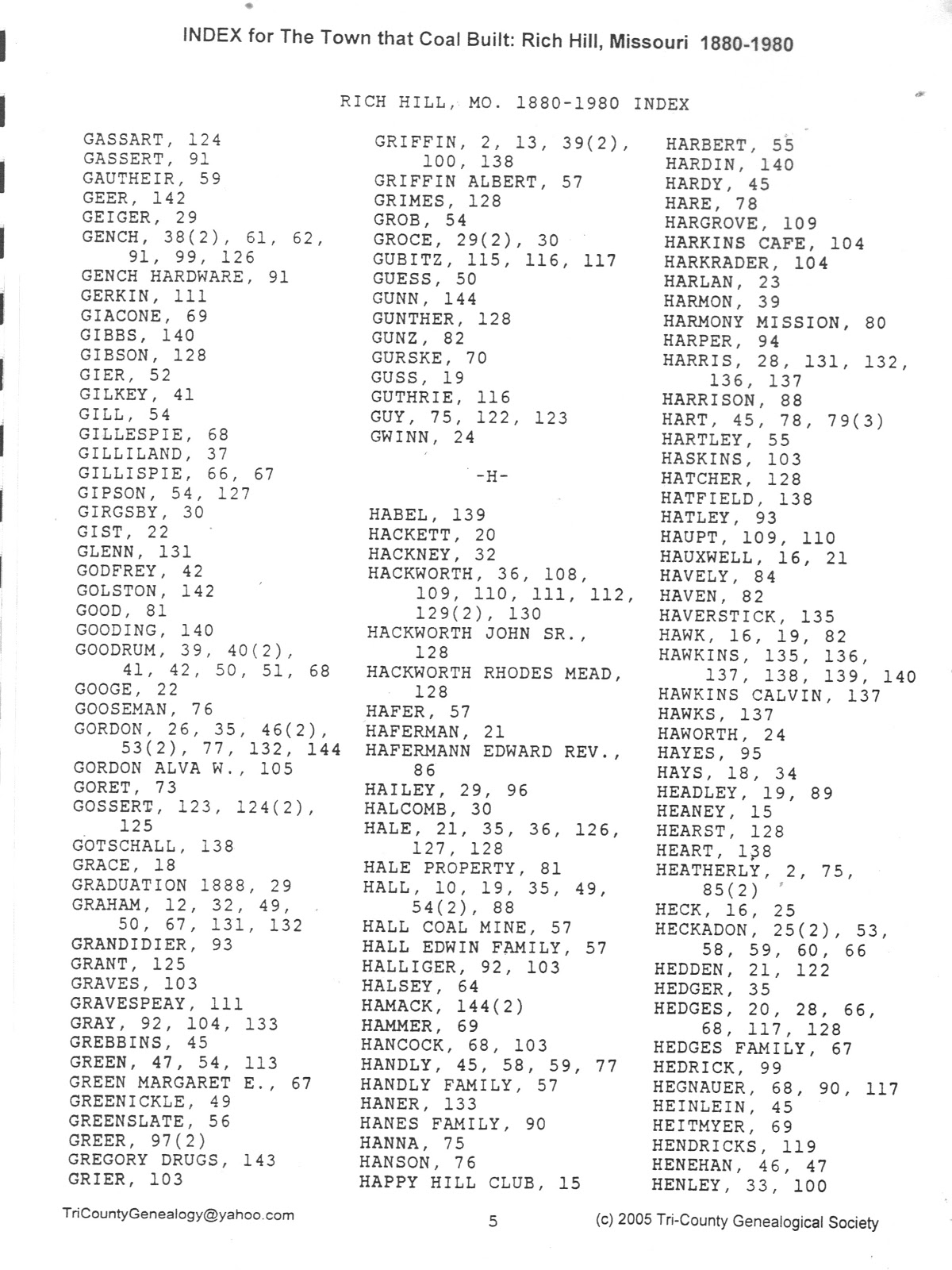 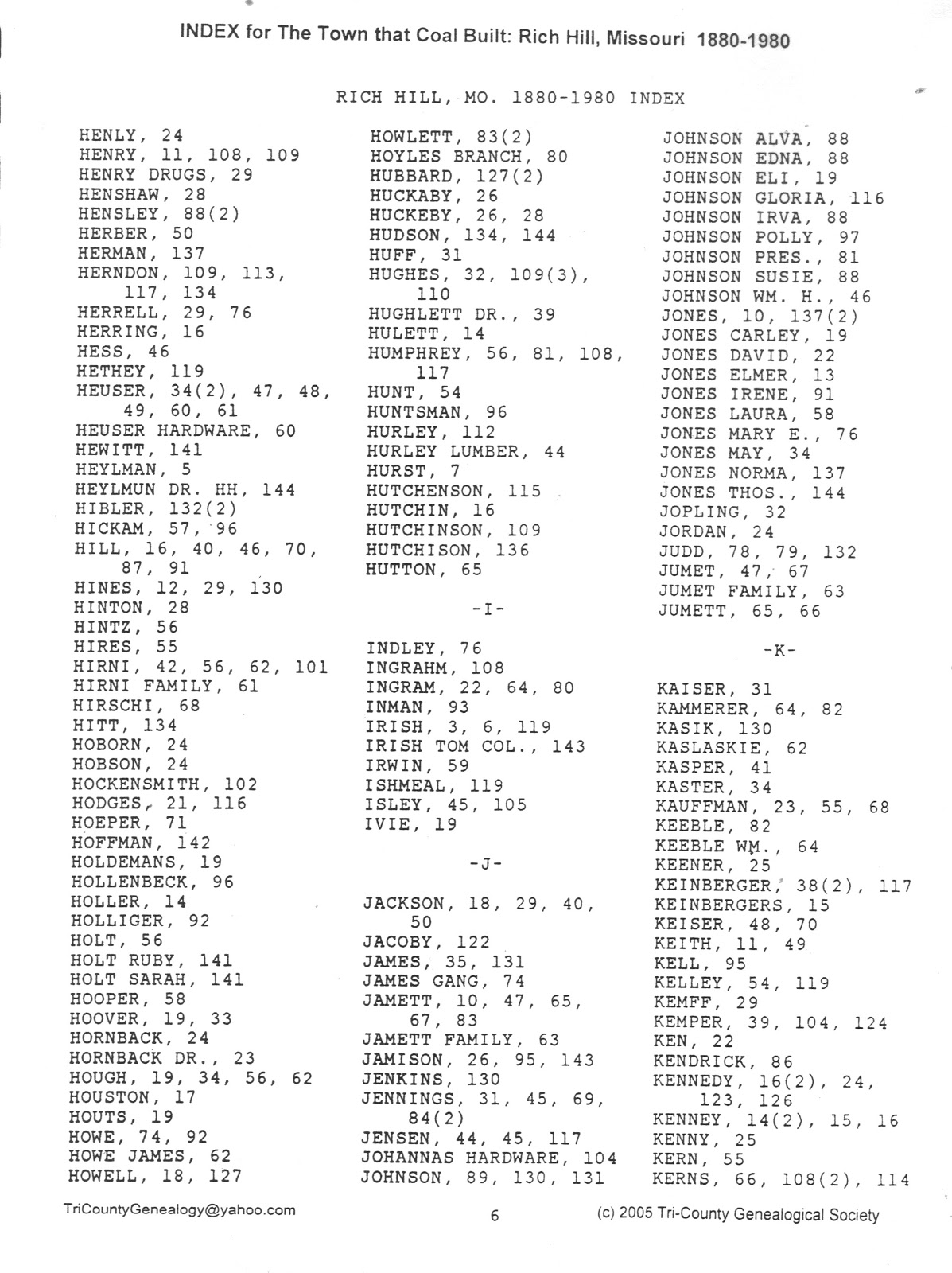 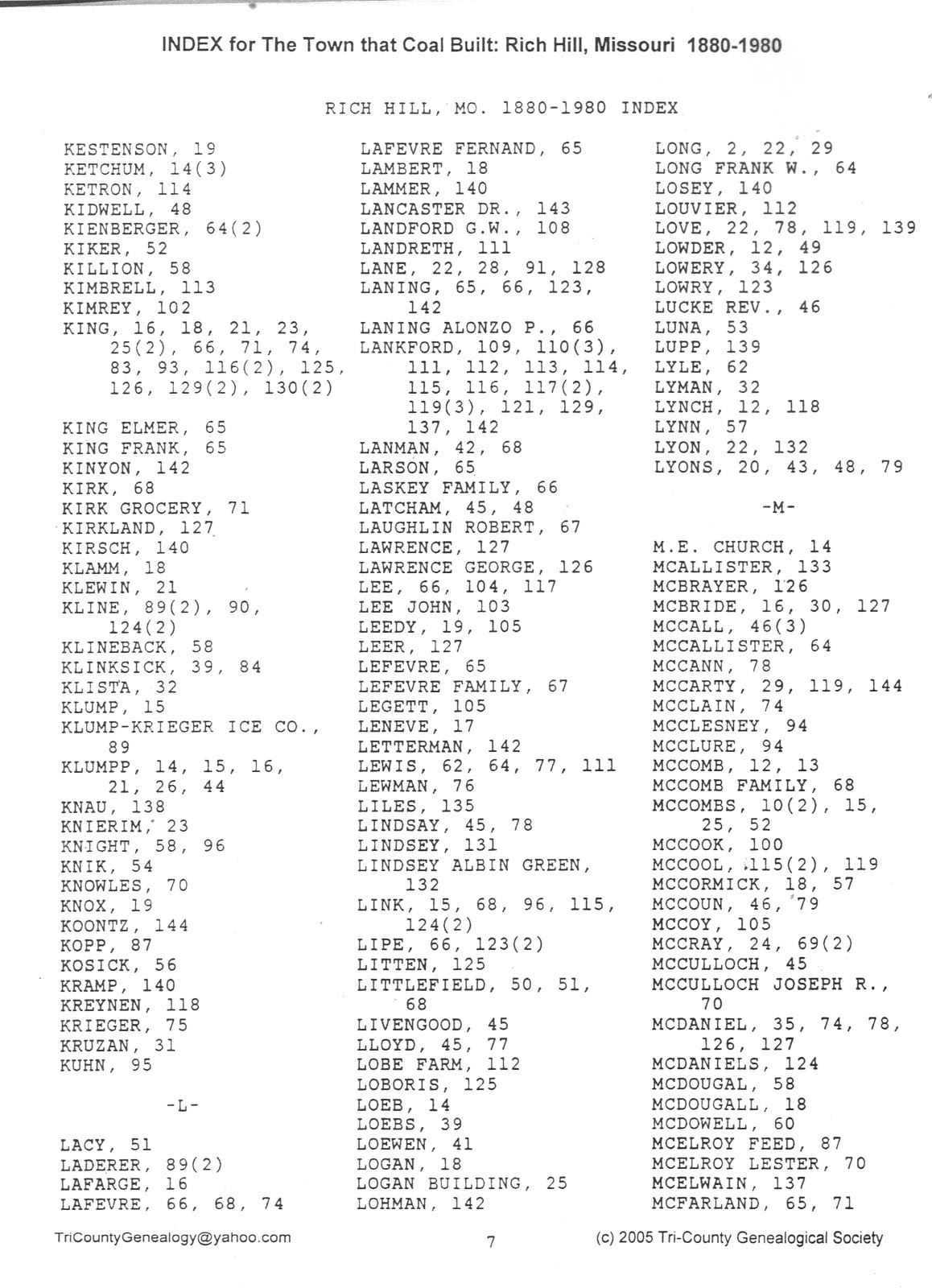 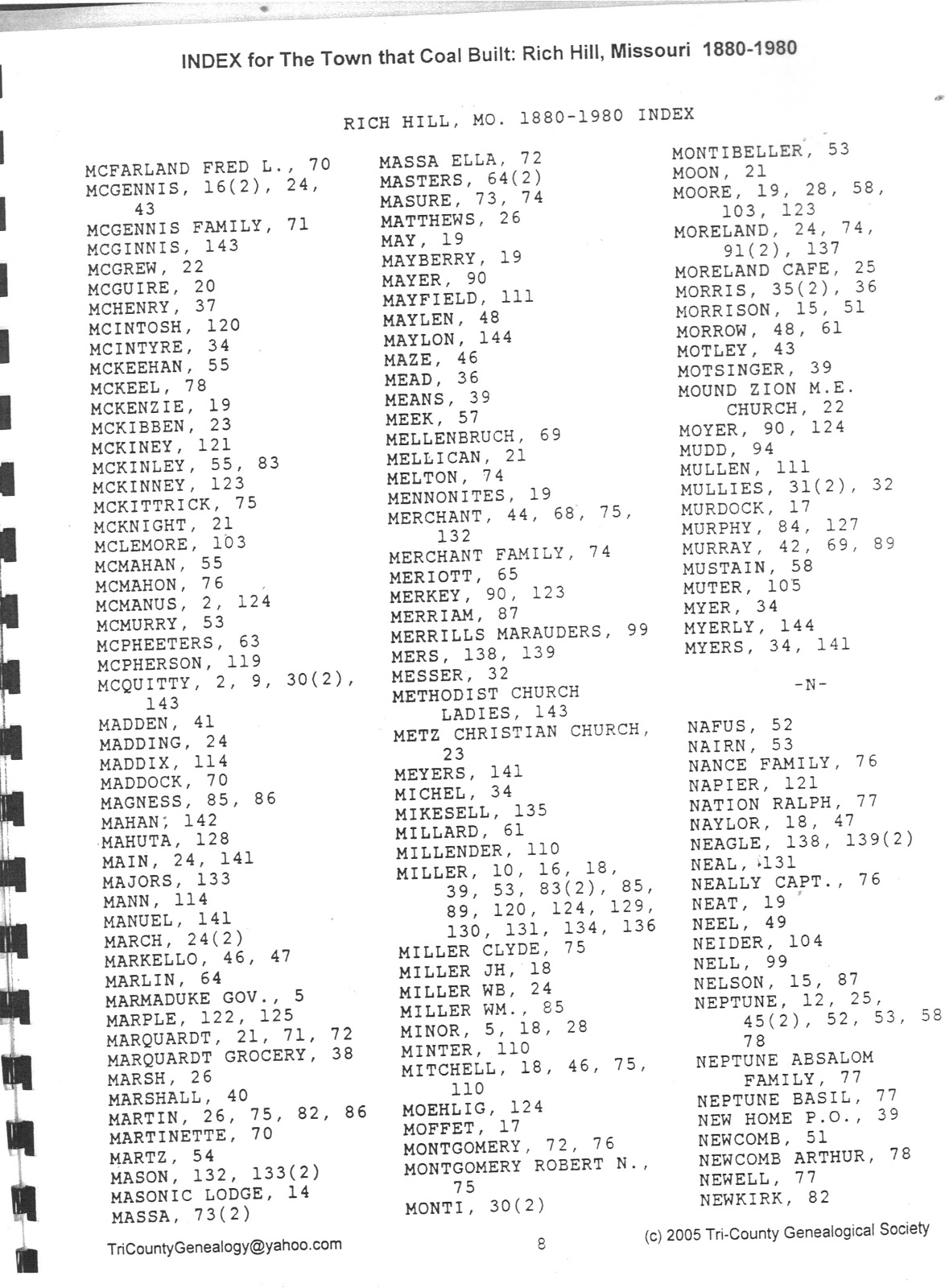 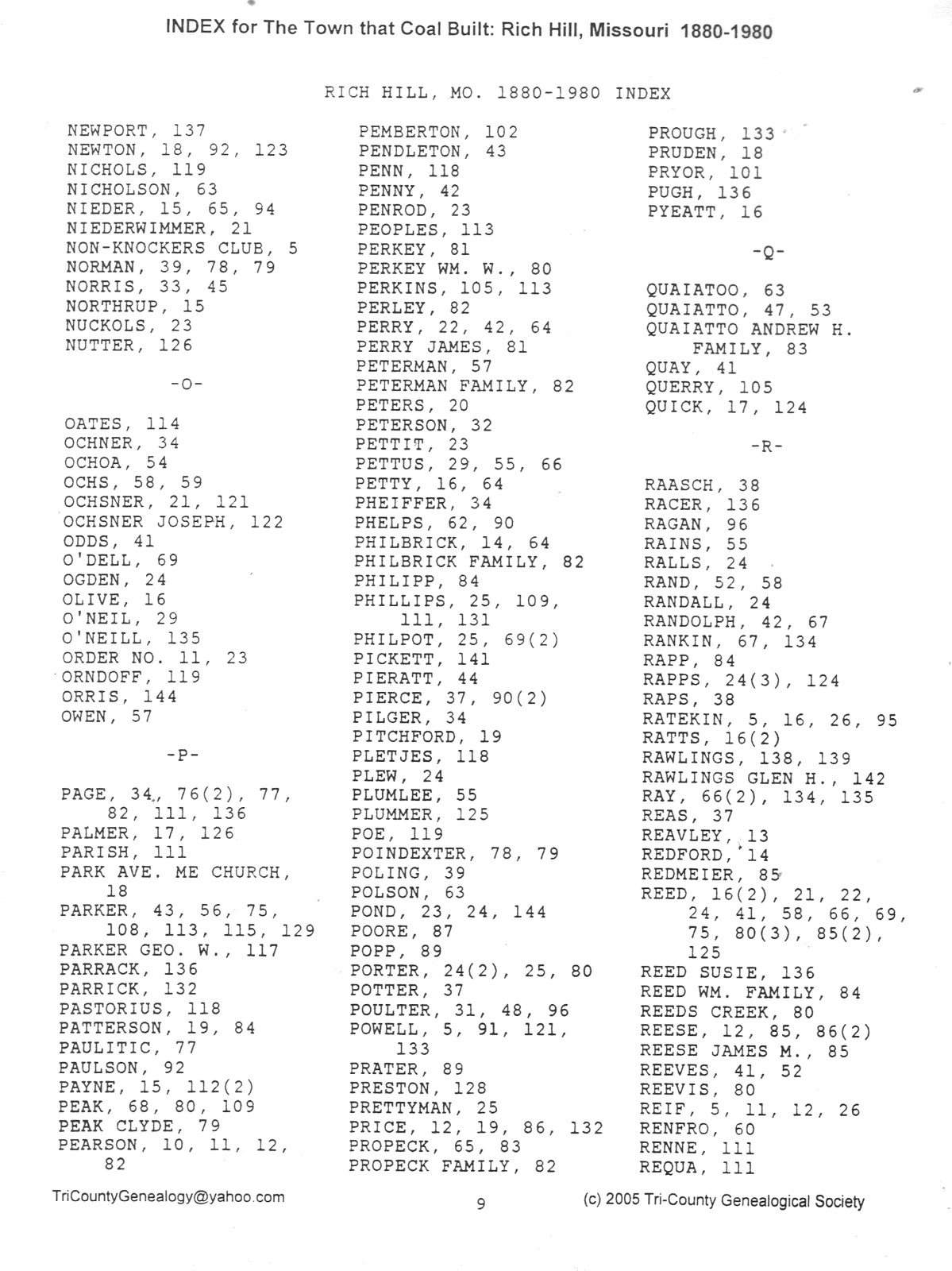 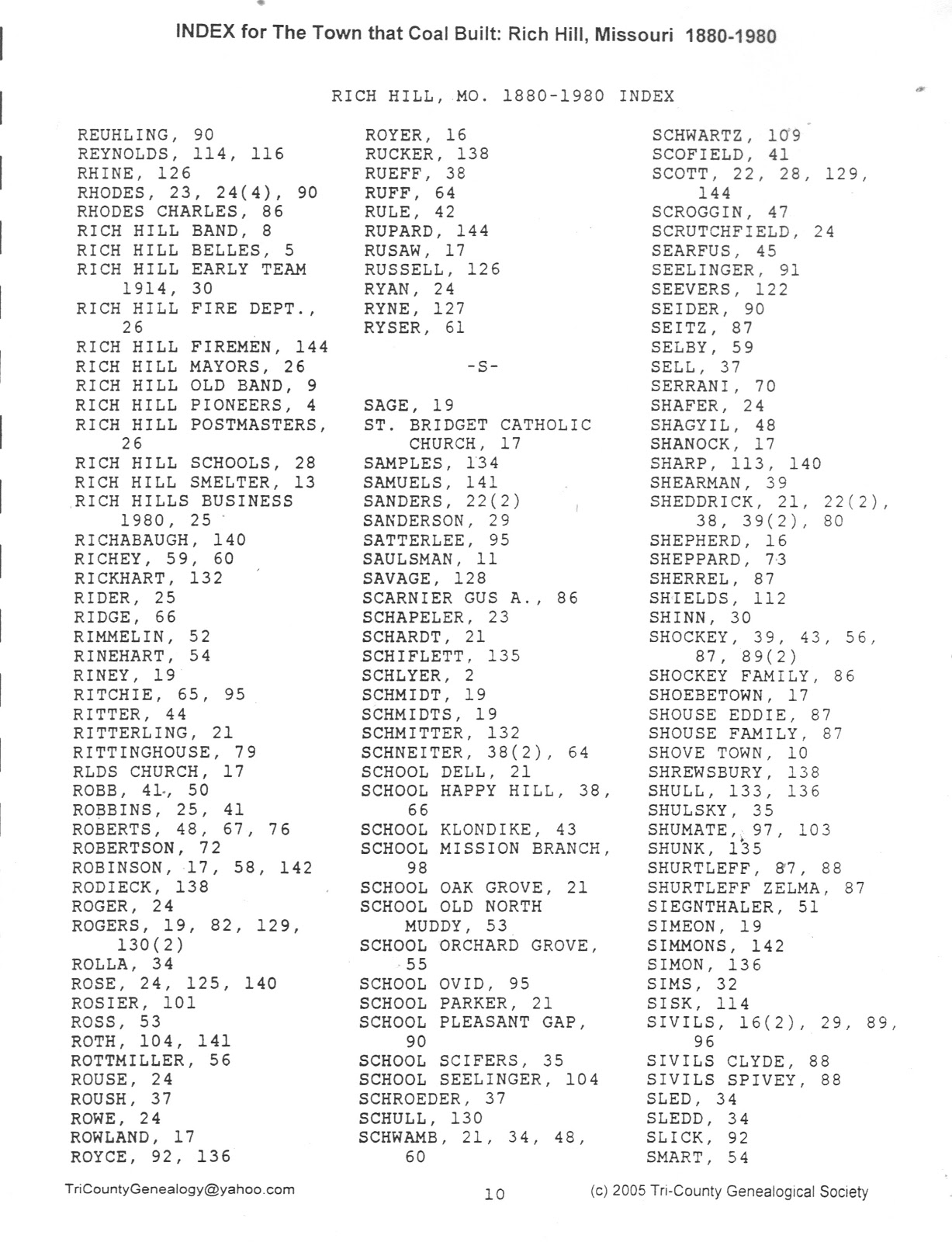 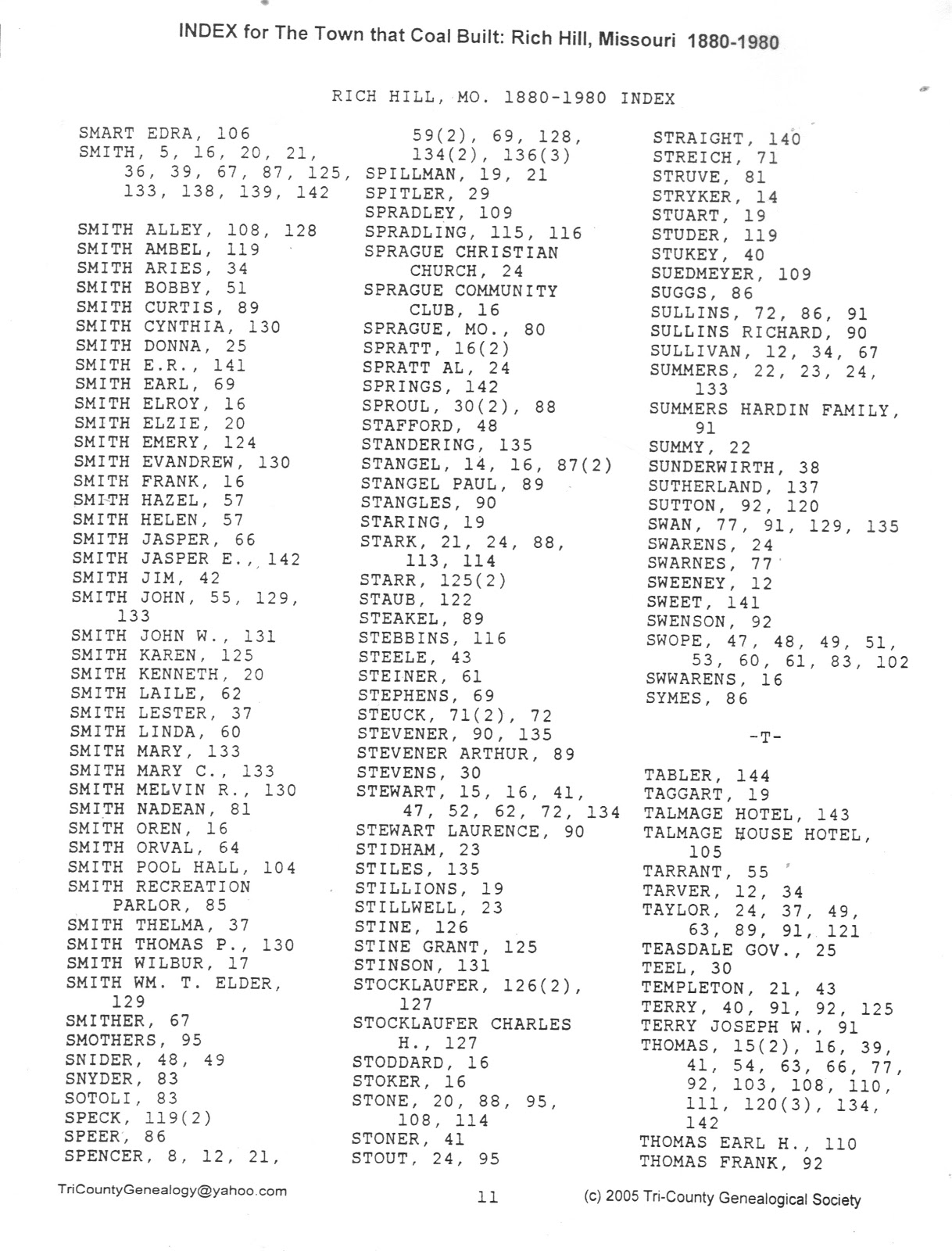 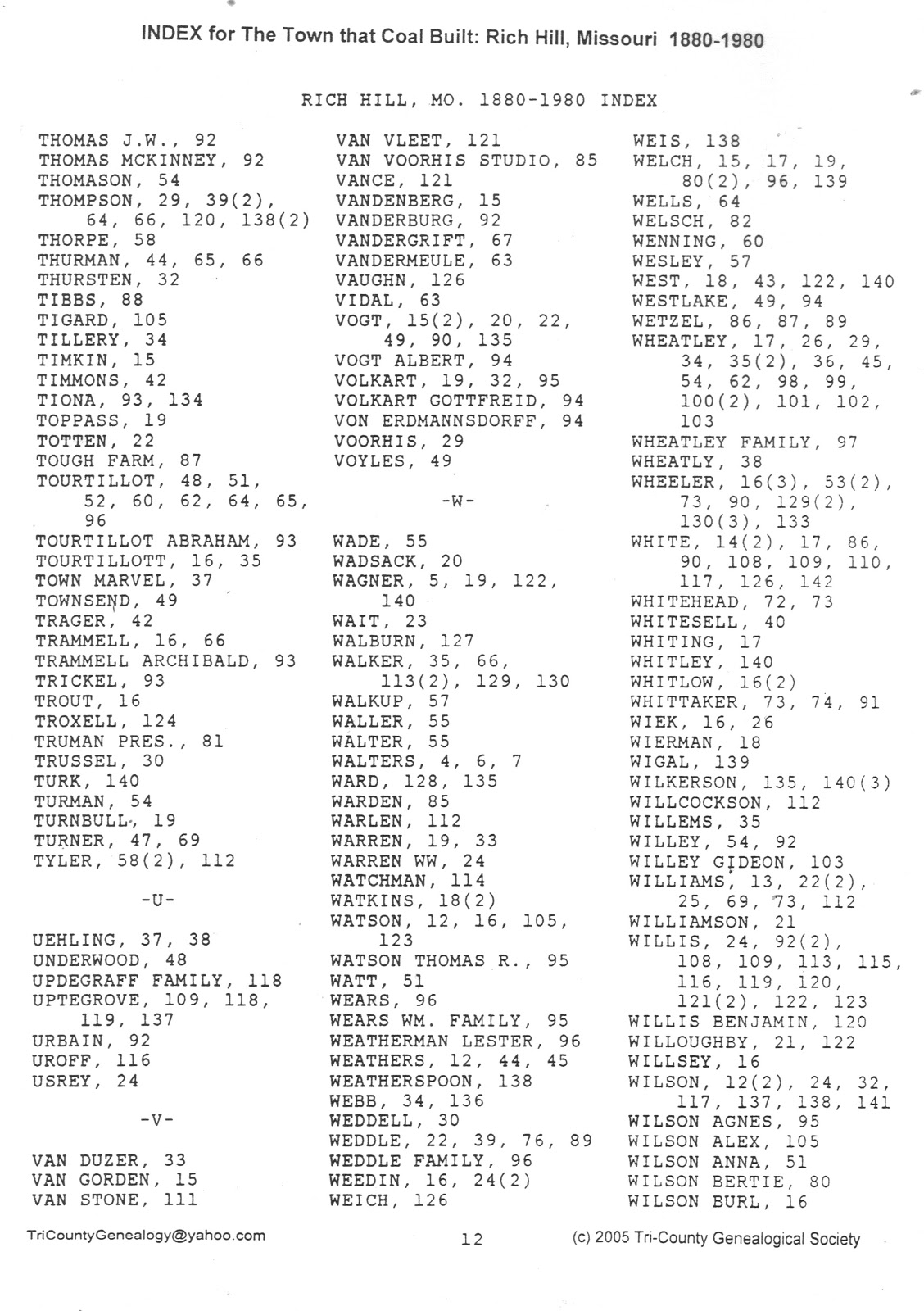 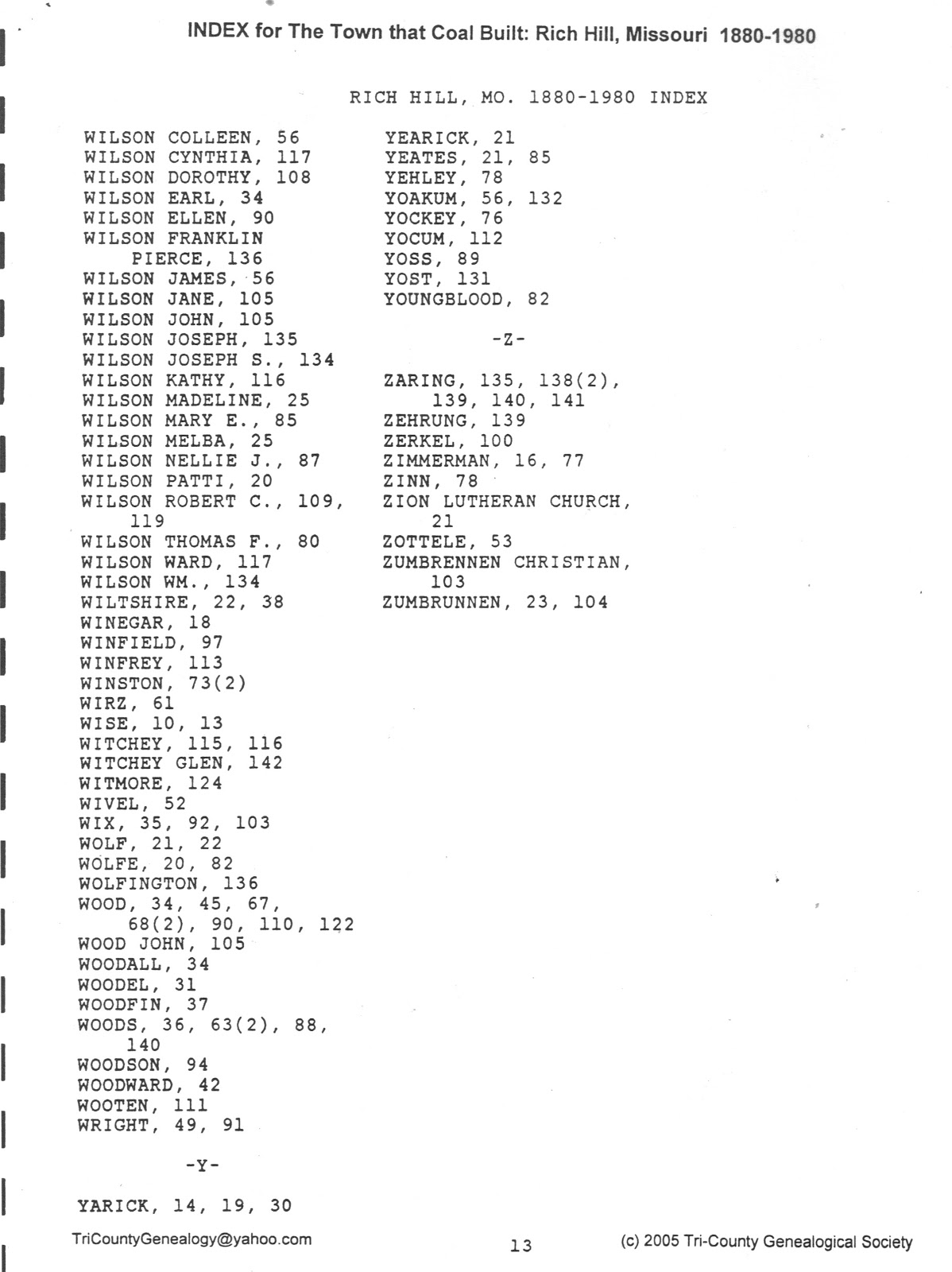 Posted by Bart McClaughry at 8:21 PM No comments: 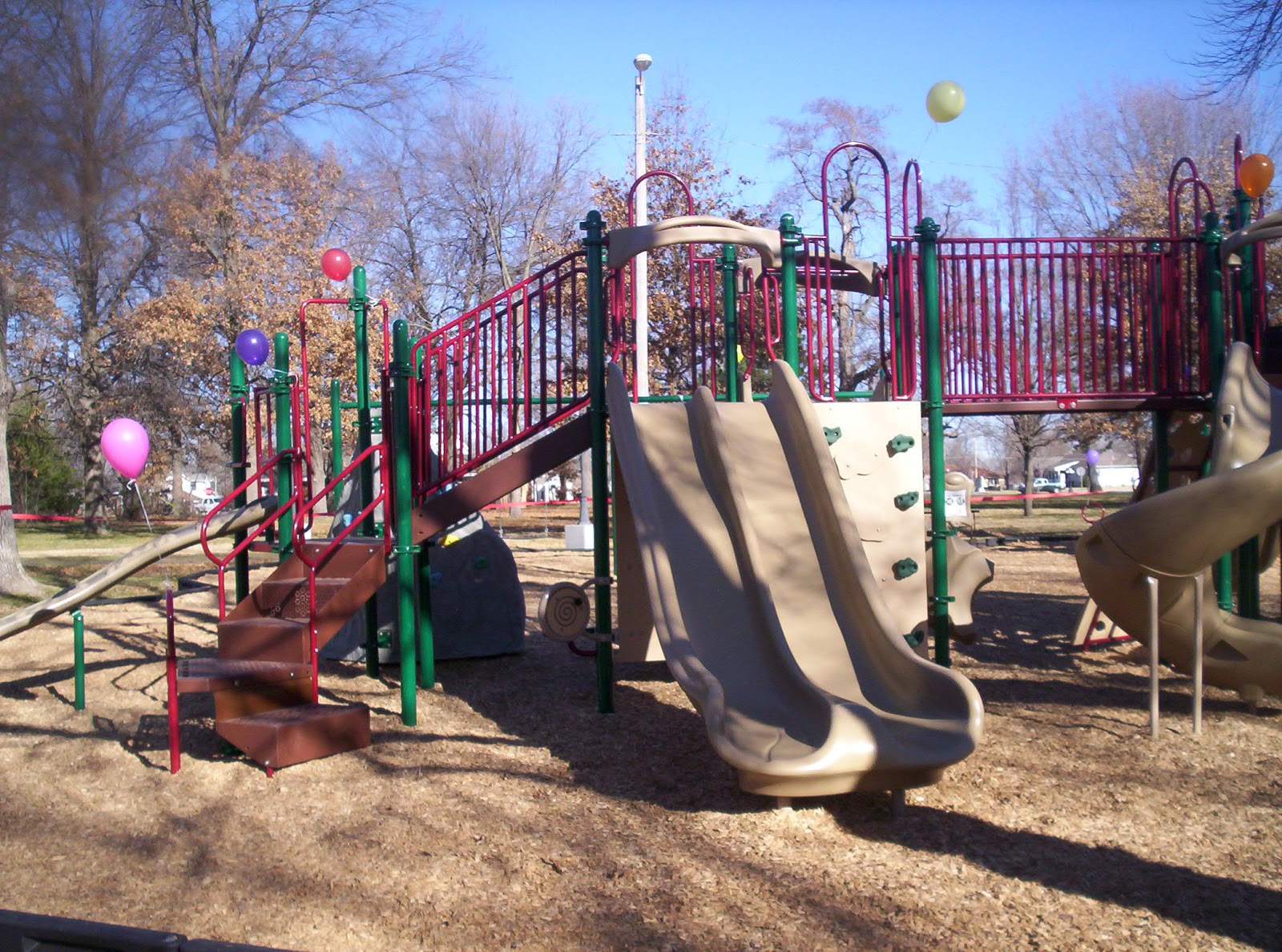 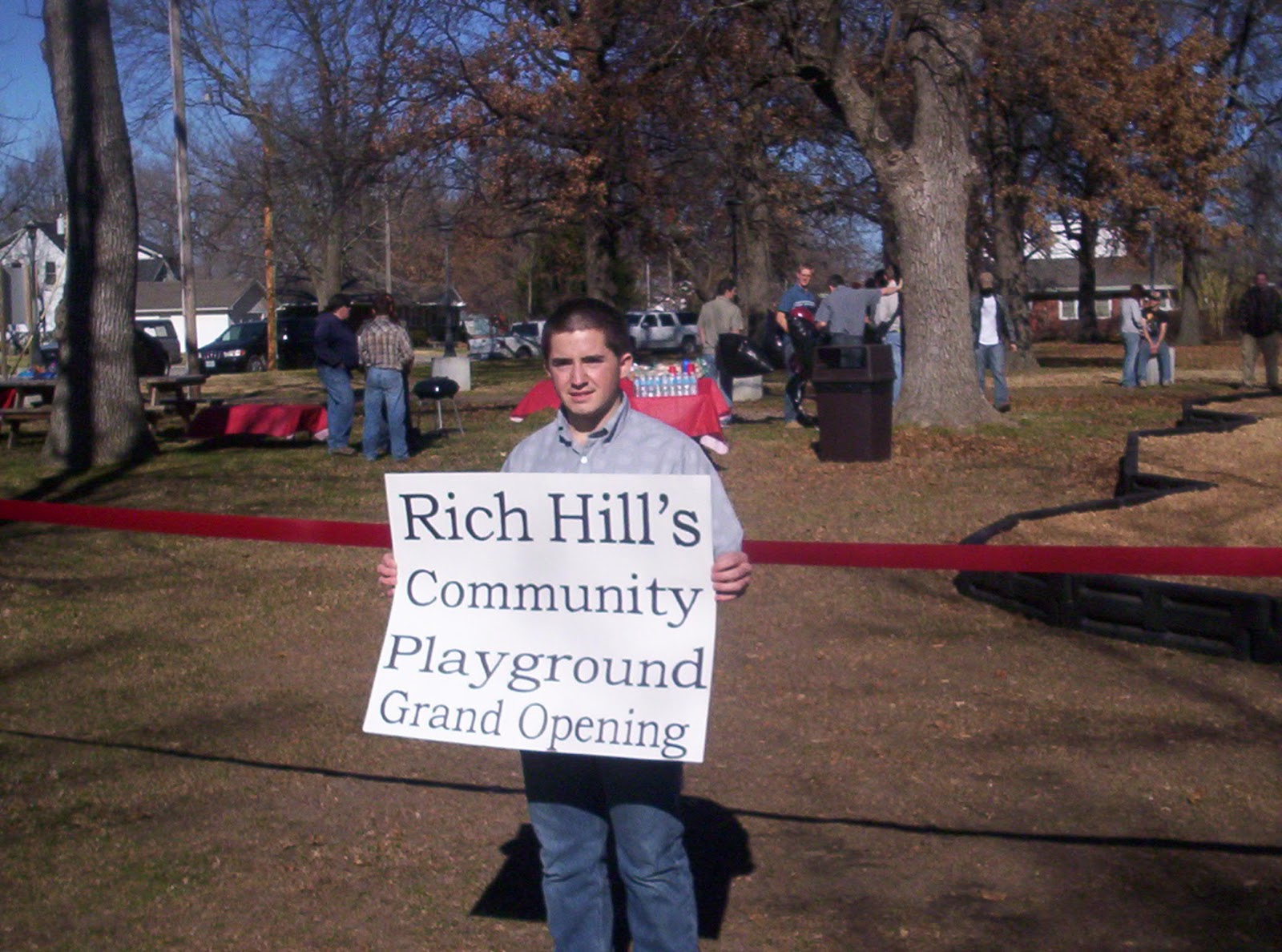 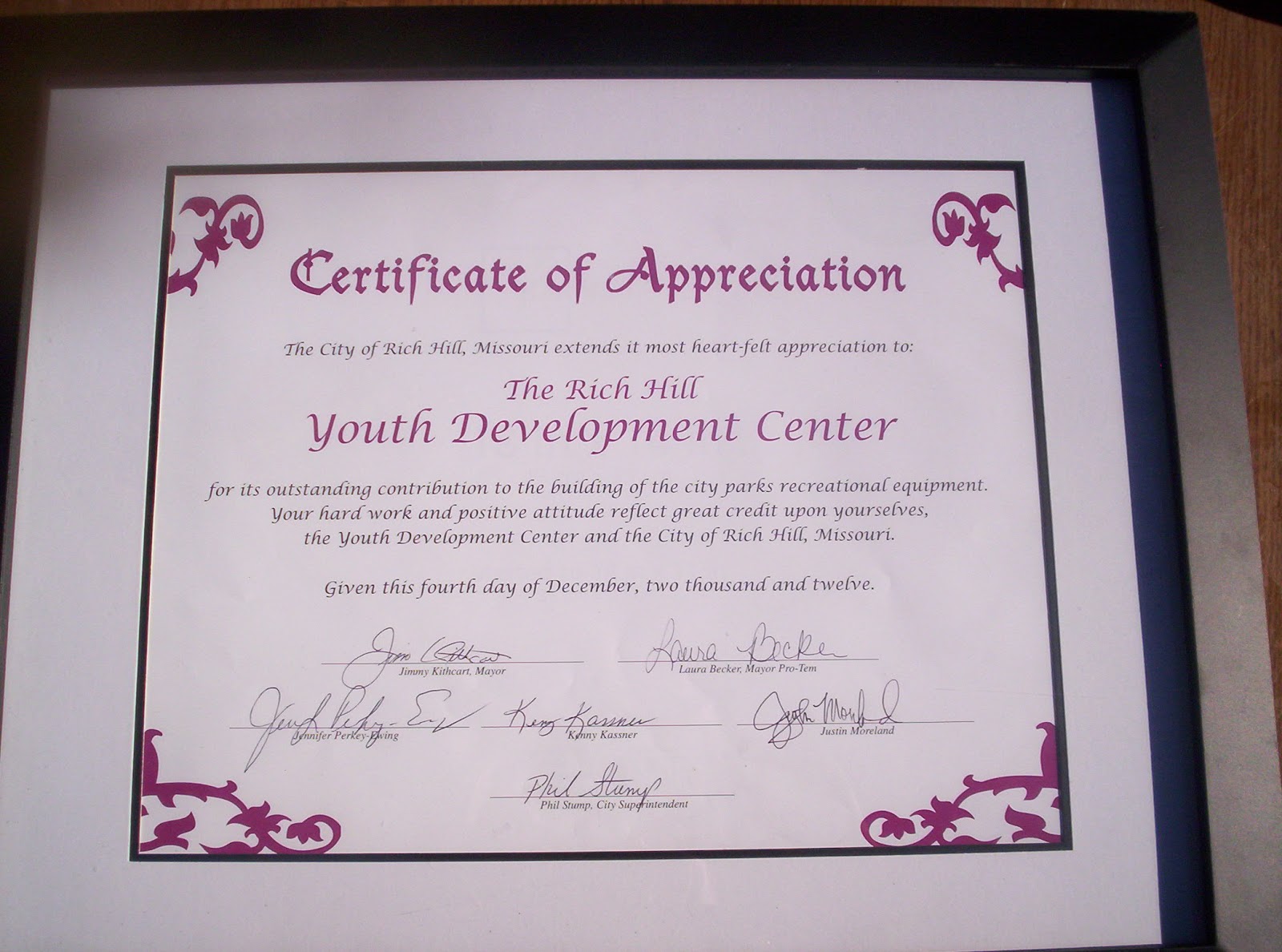 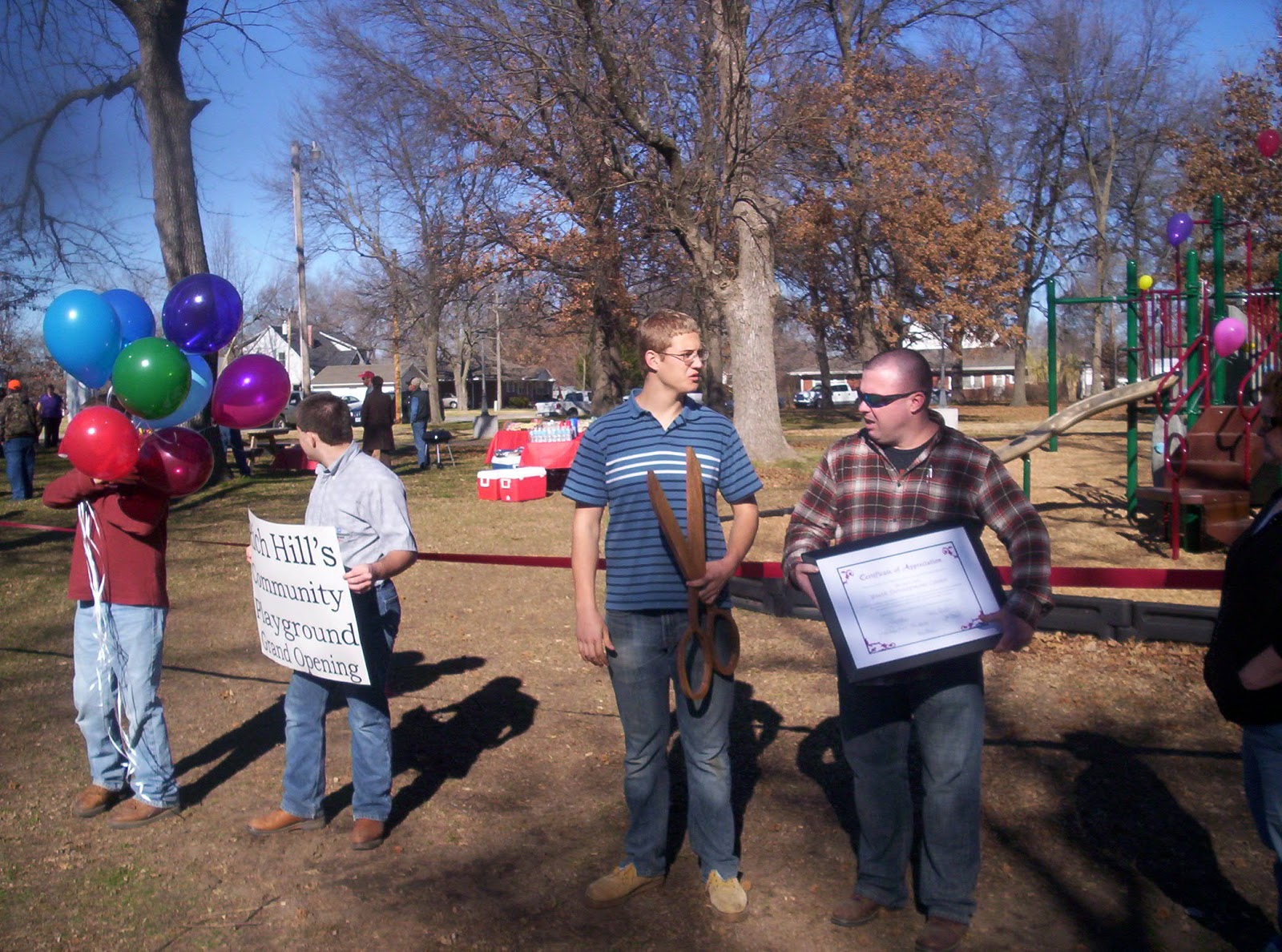 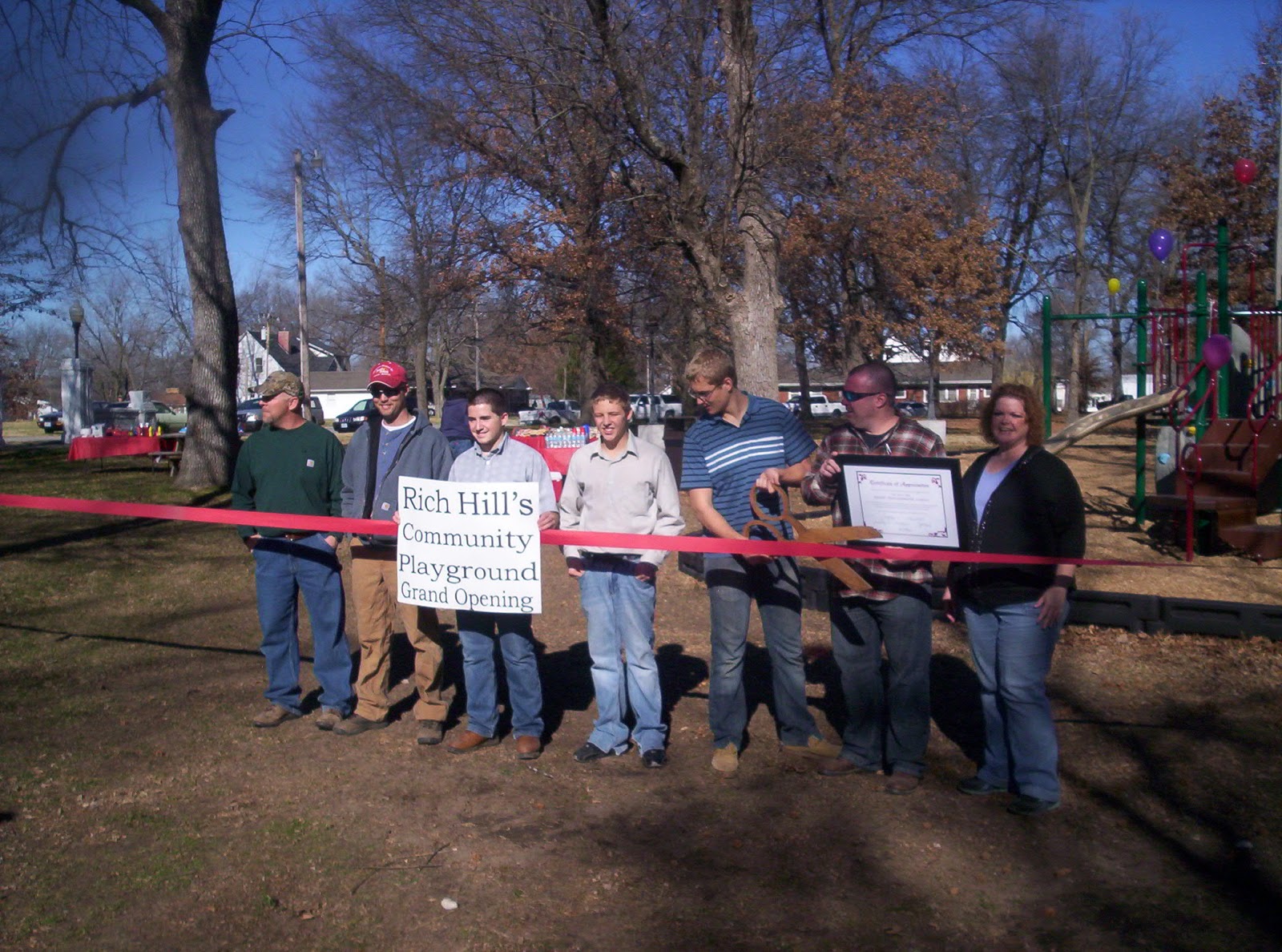 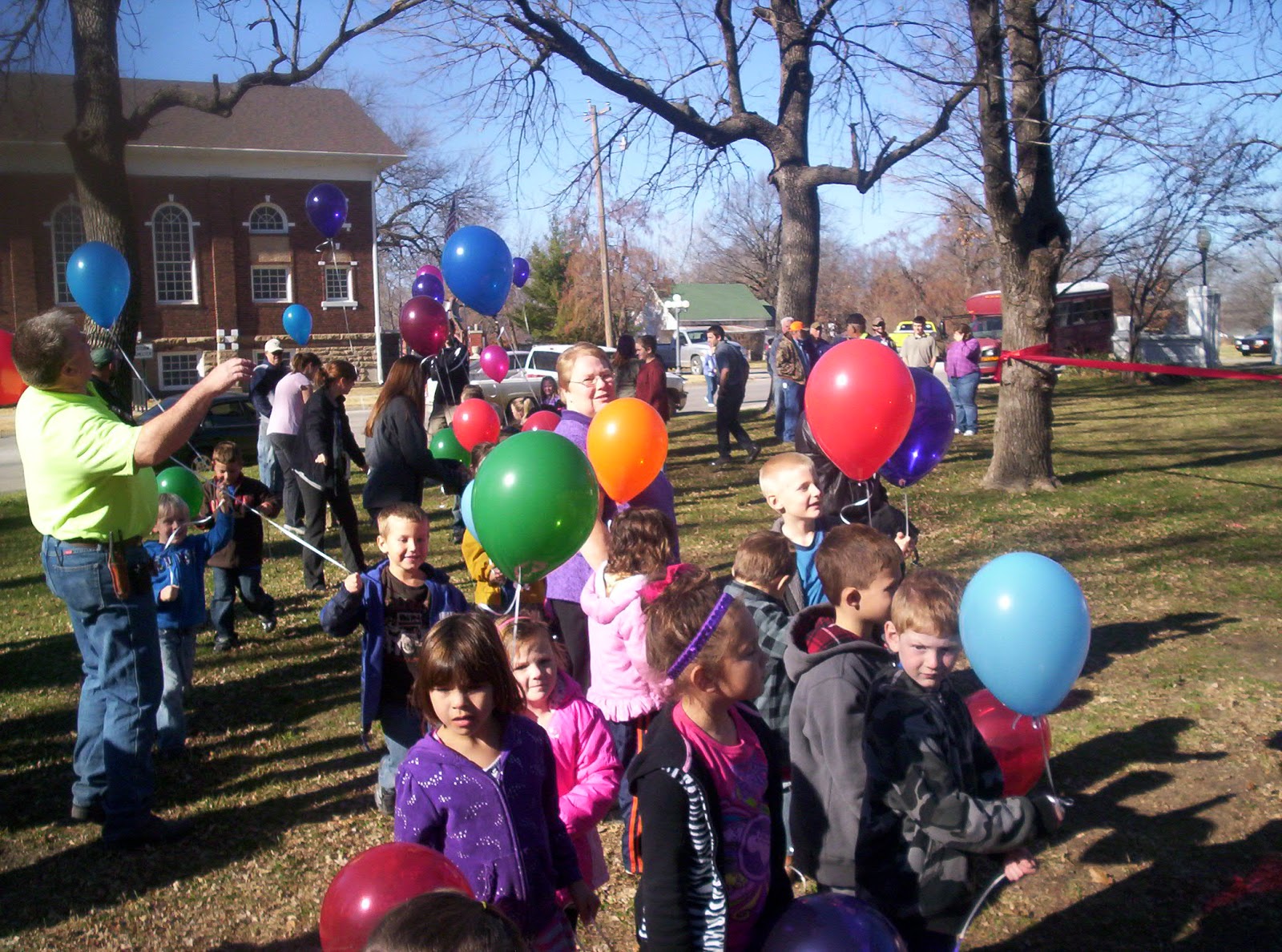 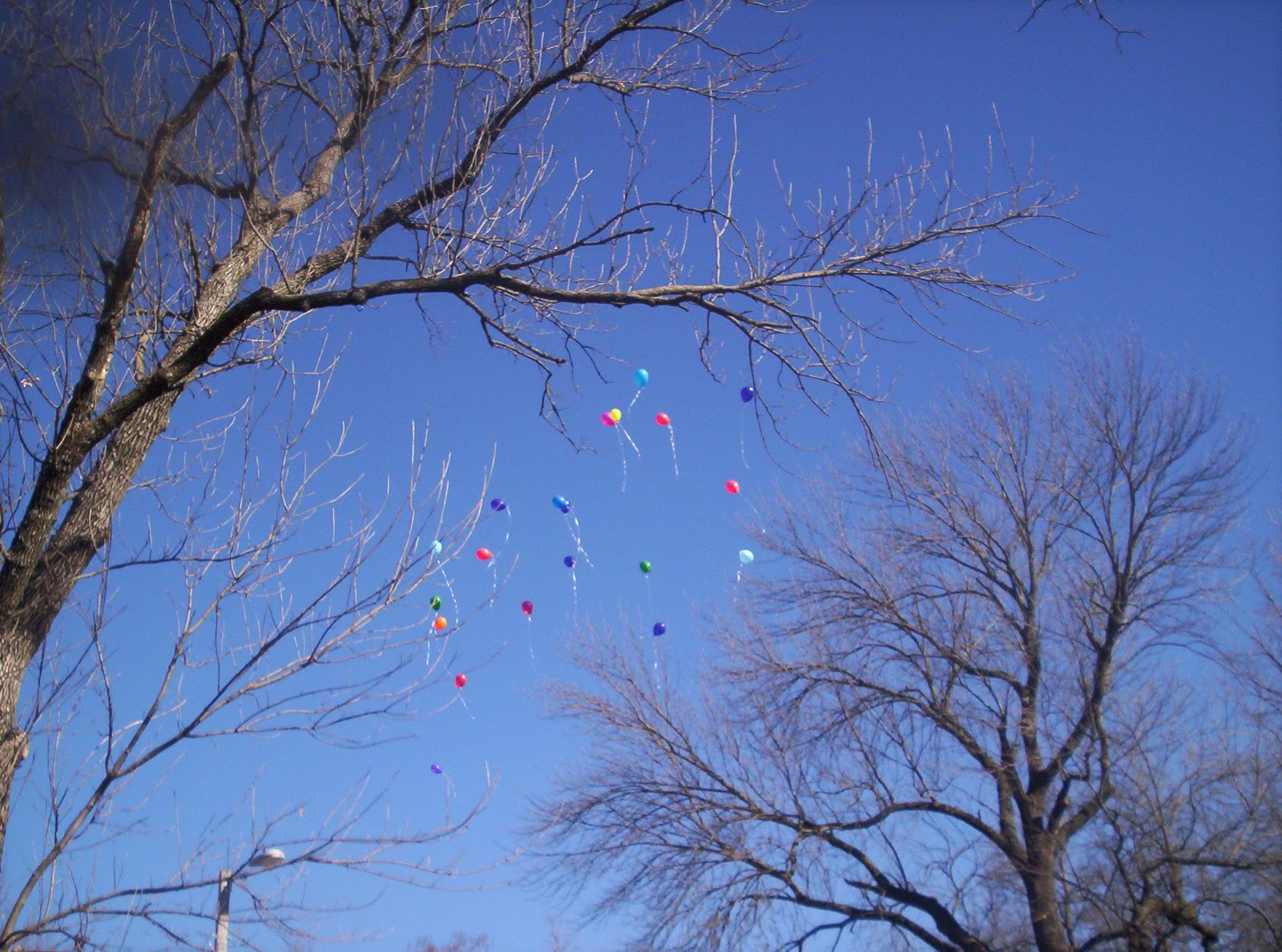 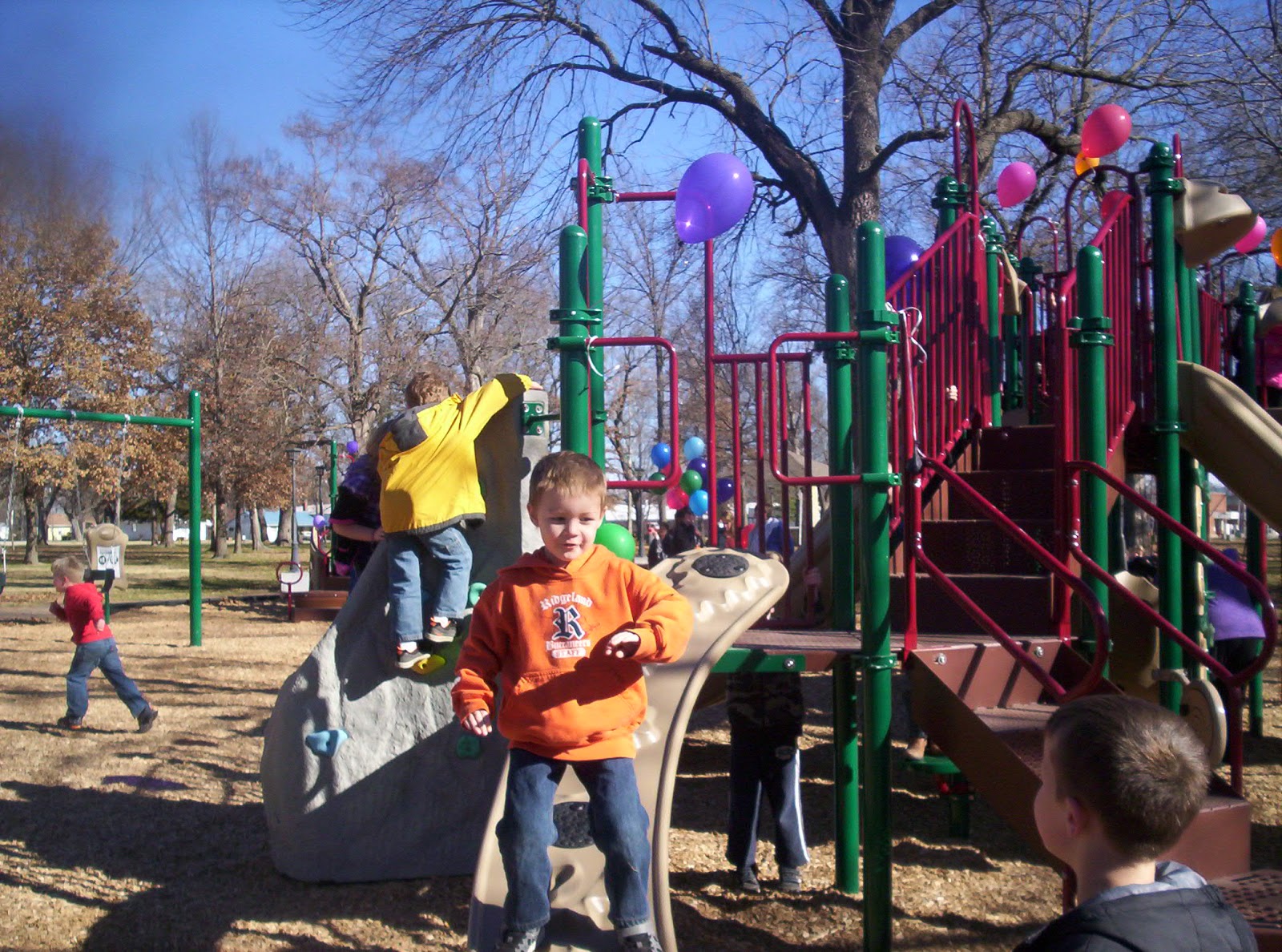 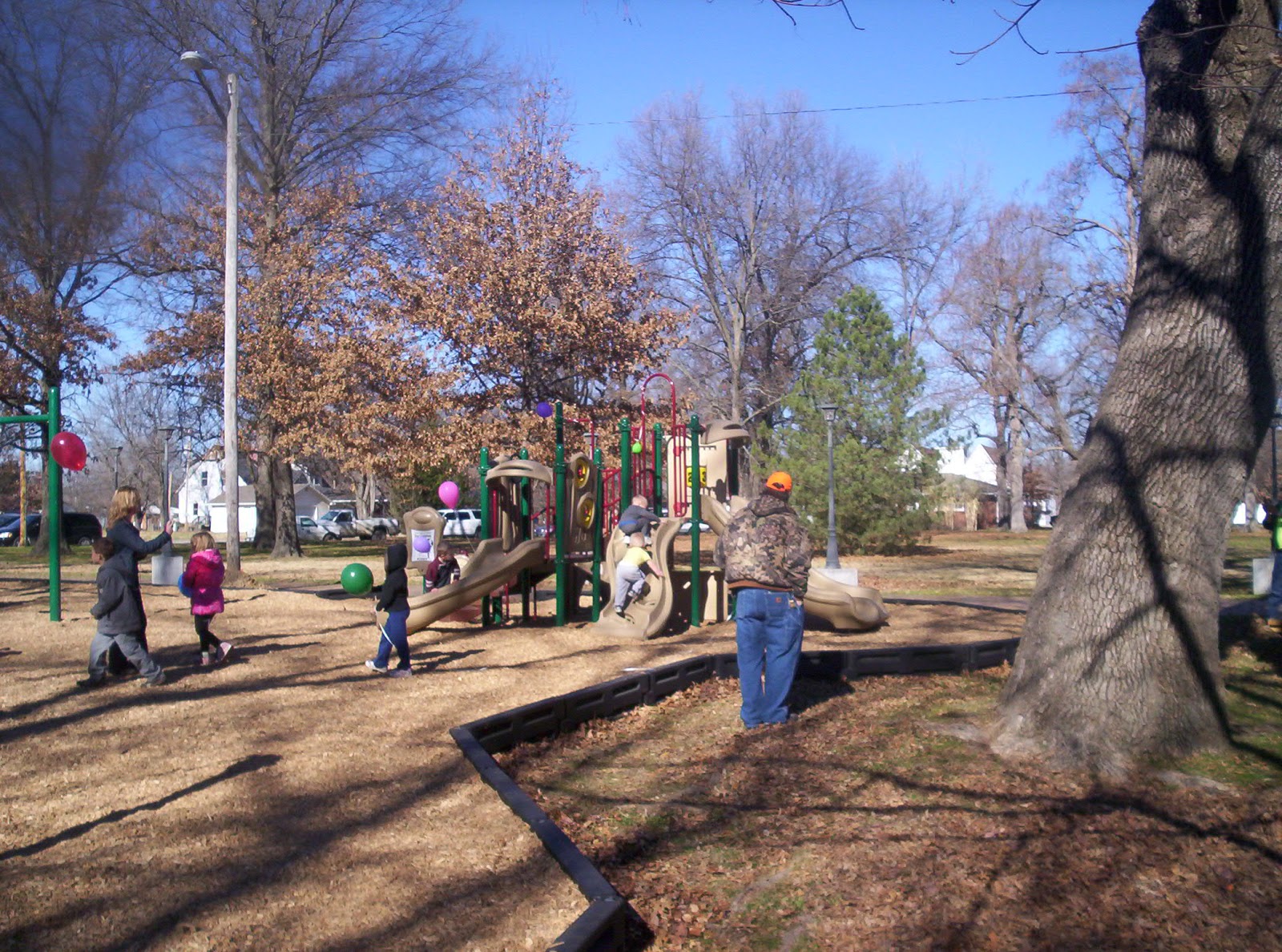 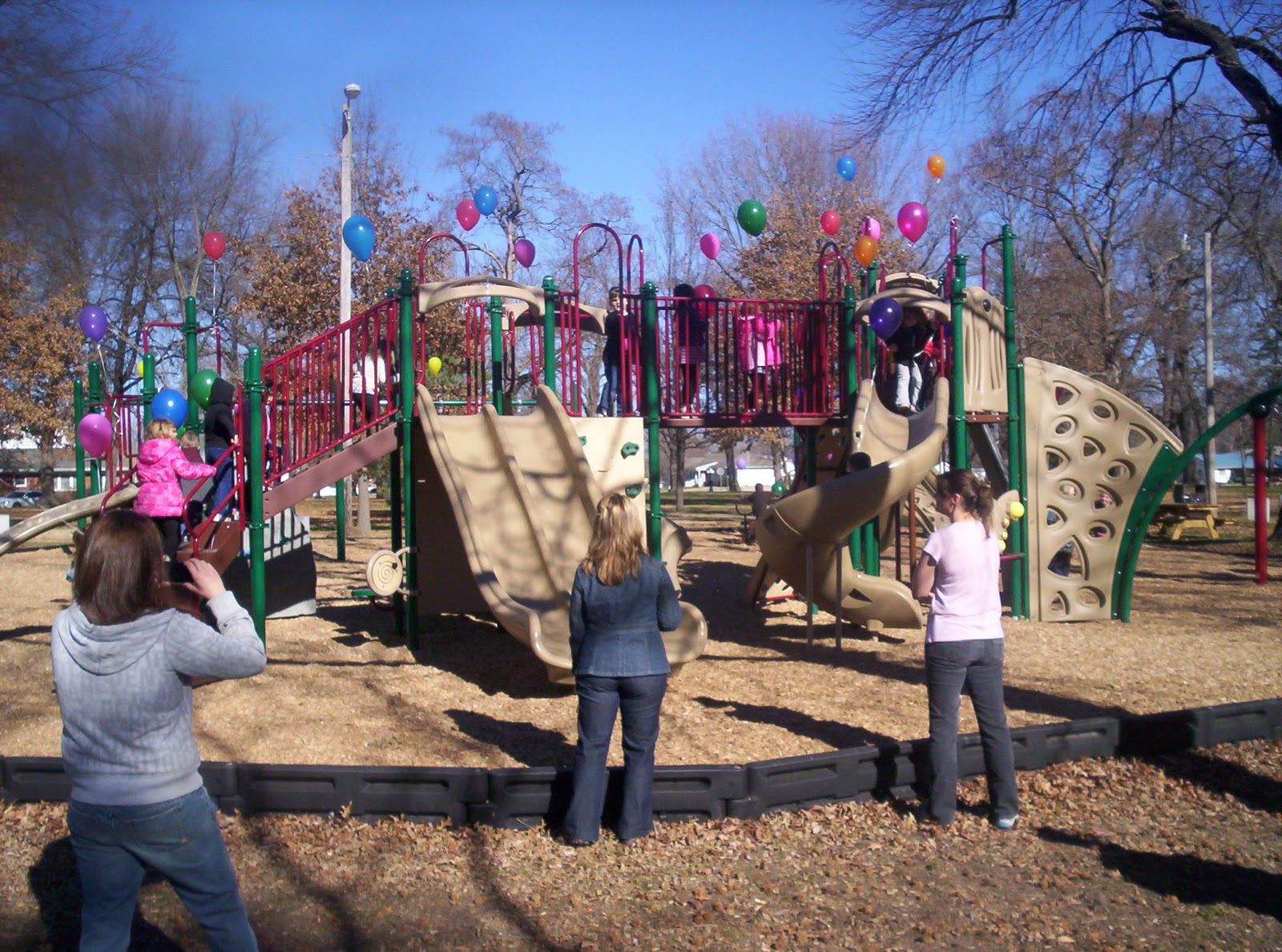 Posted by Bart McClaughry at 8:44 PM No comments: