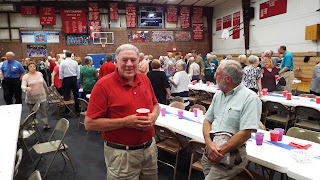 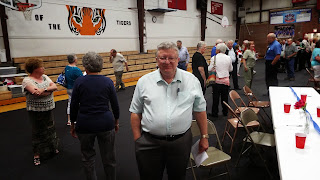 Roy Glenn Put in the Teachers Hall of Fame 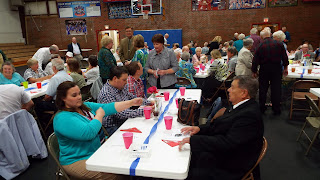 Ronald Everett Thompson was born October 25, 1942 in Rich Hill, MO, the son of Everett and Ida Mae (Henderson) Thompson. He passed away May 12, 2015 at St. Joseph Medical Center, Kansas City, MO.
After graduation, Ron worked for Bob Tracy in Frame & Glass here in Rich Hill. He then took a job with Chester McKinley running his lumber yard as a bookkeeper and yard & office worker. During this time, he married Mary King, July 7, 1962. He also worked for Dixon Palmer at R. J. Hurley Lumber Co. and at this time, his daughter was born on June 11, 1966. In 1969, he went to work at Mid Continent Mfg. Co. and in 1973 went to work at 3M Co. Nevada, MO in press dept. operator jobs, as press-laminating and help start up new extruder in plant and made first produce that was made on it. During this time he was asked to be on Emergency Squad and worked his way up through the ranks as fire fighter and was asked to go to 3M in St. Paul, Minnesota for fire training and to Texas A & M for more training. Soon after returning, he attended fire fighting instruction class at University of Missouri at Columbia, receiving instructor's certification and then taught fire fighter classes for two years, certifying 52 people at 3M at Nevada. And coming up in rank to serve as chief for about 10 years out of 18 and still help out at Rich Hill Fire Dept. Ron retired from 3M after 29 years not missing a day.
Ron attended First Baptist Church in Rich Hill and served as Board Member and Deacon.

Ron is survived by his wife, Mary of the home, daughter. Julie & husband David Yarick, grandchildren, Cody & Mackenzie; sisters. Lila Zellmer & (Davie Klinksick), Diane & (Jerry) Isaacson and Uncle Clyde Hawks, nieces, nephews, cousins & friends.
He was preceded in death by his parents & grandparents.
Ron's greatest joy was his family and having the finest grand kids in the world. He will be missed greatly.

Posted by Bart McClaughry at 5:01 AM No comments: