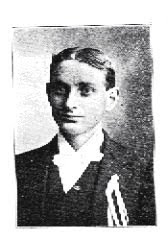 one of the editors of the Rich Hill Tribune, was born in Cal-houn county, Iowa, May 31, 1877, and with his parents re­moved to Missouri in 1879, and in the spring of 1881 came to Rich Hill where they still reside. He was educated in the public schools of that place and after finishing the high school served his apprenticeship as a printer, but on account of ill health was forced to leave the case. In 1897 he attended the Rich Hill Business College and graduated with honors in the class of '98. He then returned to the case but decided to teach school during the winter and taught a very successful term.

In March, 1899, he purchased an half interest in the Rich Hill Tribune and continues as its junior editor. He is an in­telligent, upright and industrious young man, a staunch Re­publican and true to his party's principles.

Posted by Bart McClaughry at 6:03 AM No comments: 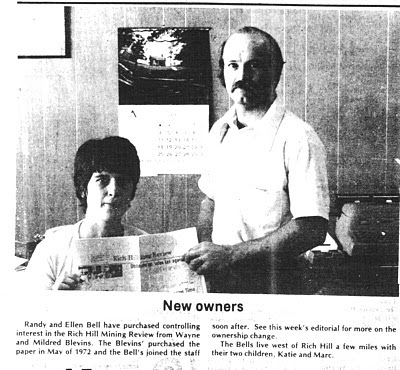 Randy and Ellen Bell have purchased controlling interest in the Rich Hill Mining Review from Wayne and Mildred Blevins. The Blevins purchased the paper in May of 1972 and the Bell's joined the staff soon after. See this week's editorial for more on the ownership change.
The Bell's live west of Rich Hill a few miles with their two children,Katie and Marc.
Posted by Bart McClaughry at 7:34 PM No comments:

I received these two in the last couple of weeks
Thank you
Marvin Hurst was my father's second cousin.
http://richhillhistory.blogspot.com/2009/03/former-associates-honor-marvin-hurst.html
I have been researching Hursts who were in Rich Hill and in nearby Vernon County in the 1800's and early 1900's. My great grandfather Jared Morgan Hurst was a gunsmith who died in Rich Hill in 1907.
If you have any information about the Hursts that you care to share, I would greatly appreciate seeing it.
Best regards,
Ned Hurst
----------------------------------------------------------------------------------------------------------
Hello Bart,
I just found your blogspot about Rich Hill tonight! I have enjoyed going back through the posts. My father grew up in Rich Hill - so even though i am the youngest of his kids (born 1955 here in Arkansas) - i remember many of the names that you have mentioned in various blogs and have fond memories of the park at the end of town.
Your post of January 23, 2009 about the 1918 Rich Hill Track championship mentions my fathers name though he was not present for the picture.. My father was Herman Sick a.k.a Herman W. Sick Jr. (born July 4, 1910 - died April 30, 1976) His father was Herman W. Sick Sr and he was a jeweler in Rich Hill. We had many relatives there during the initial years of the town. Our relatives on that side of the family have been harder to though so if you ever run across anything - i would love to hear from you. My grandfathers father was William Sick. As near as we can determine - he was born in Baden somewhere around 1818 and died in Rich Hill in July of 1882. As the story goes someone arrived in New Orleans with a top hat and a cane-though no records can be located to confirm this.
It seems like everyone just kept repeating the same names so it is hard to track sometimes.
I have sent on your blog address to my older two sisters and my brother. The last of our relatives in Rich Hill was my aunt Mary E.. Sick. She lived on Olive Street next to Mrs. Erke and after my grandfather died - she lived there for awhile but then sold the house and moved to Arkansas. She has since also passed away (1989) . The house on Olive Street is no longer there but i have memories of visting it as a child.
thanks so much for doing this blog. I have enjoyed walking through these memories.
Roberta Sick
Little Rock, Ar
Posted by Bart McClaughry at 4:10 PM No comments: 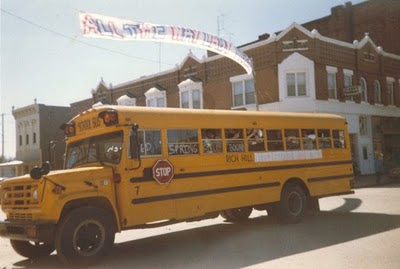 Posted by Bart McClaughry at 7:47 AM No comments: 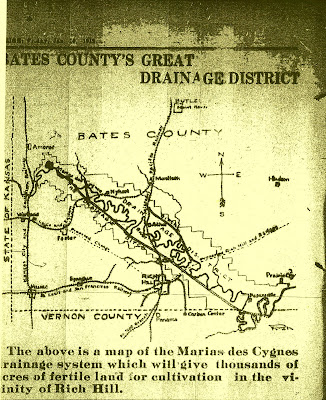